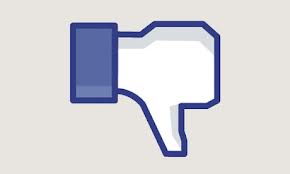 Facebook $FB, is one of the stocks in my portfolio. Their annual meeting is coming up on 5/22/2014. ProxyDemocracy.org had collected the votes of two funds when I checked and voted on 5/19/2014.  I voted with management 0% of the time.  View Proxy Statement. Read Warnings below.

FB’s Summary Compensation Table (page 27) shows COO Sheryl K. Sandberg was the highest paid named executive officer (NEO) at about $16.2M in 2013. I’m using Yahoo! Finance to determine market cap ($151B) and Wikipedia’s rule of thumb regarding classification. FB is a large-cap company.  According to Equilar (page 6), the median CEO compensation at small-cap corporations was $9.7 million in 2012, so FB is paying  well over median. FB shares have outperformed the NASDQ over the one and two year periods.

Given the above, I would have voted against the pay package and members of the compensation committee (Donald E. Graham (Chair), Reed Hastings, Peter A. Thiel). However, I only got the opportunity to vote against the committee members.

The GMIAnalyst report I reviewed gave SZYM an overall grade of ‘F.’ From their report the following were listed as potential areas of concern:

When the board was criticized for a lack of diversity, its rather defiant response was to nominate Sheryl Sandberg to serve as director. Ms. Sandberg is the company’s COO, adding another insider to the board while adding no new expertise to the director slate. All told, Facebook’s board now consists of two inside directors, two large investors, and four more directors who either have substantial related party transactions with the company or nominated to the board by Mr. Zuckerberg himself. It’s hard to point to a single director who has the long-term interests of the company’s independent shareholders as their first priority.

Facebook’s dual-class ownership structure is at least as concerning as its board configuration. Mr. Zuckerberg controls about 65 percent of voting shares himself, with insiders and 5 percent holders at nearly 72 percent of vote control. Facebook’s ownership structure gives Mr. Zuckerberg ten votes per share on his Class B holdings while common stock holders have one vote per share. In effect, though the company is now public, Mr. Zuckerberg is ostensibly free to ignore the opinions of common stock shareholders and exert complete control over the company… Ownership structures such as these are uncommon in the United States market, with only 9.2% of the company’s flagged for having disparate voting rights.

Moreover, while the board is currently elected as a single class, this will revert to a three tier classified election structure should the voting power of the controlling shareholder fall below 35%, effectively offsetting the implied benefits of an unclassified board structure. Director elections are also based on a plurality voting standard, further inhibiting the ability of minority public shareholders to influence the election of company directors. Facebook also lacks a standing committee dedicated to succession planning and the nomination of new director candidates.

The board is elected in separate classes with terms that expire in different years rather having all directors subject to annual reelection. While often touted as a means of ensuring board continuity, a classified board structure severely limits the ability of shareholders to hold directors accountable and serves as a takeover defense. In addition, the company has charter and bylaw provisions that would make it difficult or impossible for shareholders to achieve control by enlarging the board or removing directors and filling the resulting vacancies. This combination is widely associated with inferior board performance and 24.7% of U.S. companies are flagged for this. The combined effect of these mechanisms is to reduce board accountability to shareholders.

Given all the various issues, including a general lack of shareowner rights, I voted against all board members.

I voted not to ratify the auditors. since almost half their fees where for other, possibly conflicting consultancy activities.

With regard to shareowner proposals, of course I voted for the proposal my wife and I (James McRitchie) submitted to adopt a recapitalization plan as soon as practicable for all outstanding stock to have one-vote per share. This is the most important proposal. First you get your rights; then you can use them.

I also voted in favor of the proposal by the Benedictine Sisters of Mount St. Scholastica to report on lobbying expenses. This is critical if we are to know how our money is being spent and if it aligns with our values.

I voted in favor of the proposal from NorthStar Asset Management to list political expenditures, as was assumed by the Citizens United decisions. Again, we need to know how our money is being spent and if it aligns with our values.

I also voted with the Sisters of the Holy Names of Jesus and Mary to ask for a report on assessing whether the scope, scale and pace of implementation of the company’s advertising and privacy policies are sufficient to prevent material impacts on the company’s finances and operations due to public concerns about childhood obesity and public and private initiatives to eliminate or restrict food marketing to youth. I’d much rather have shareowner right and the ability to put people on the board who care about issues such as this. The list of issues could get quite long. However, until we do have such rights we must battle one issue at a time.

Similarly, I voted for the proposal by Thomas P. DiNapoli, the Comptroller of the State of New York, to issue a report on sustainability issues.

In order for a stockholder proposal or nomination for director to be considered for inclusion in our proxy statement and form of proxy relating to our annual meeting of stockholders to be held in 2015, the proposal or nomination must be received by us at our principal executive offices no later than December 1, 2014. Stockholders wishing to bring a proposal or nominate a director before the annual meeting to be held in 2015 (but not include it in our proxy materials) must provide written notice of such proposal to our Secretary at our principal executive offices between January 22, 2015 and February 21, 2015 and comply with the other provisions of our amended and restated bylaws.

Looking at SharkRepellent.net:
From Yahoo! Finance: Facebook, Inc.’s ISS Governance QuickScore as of May 1, 2014 is 10. The pillar scores are Audit: 1; Board: 9; Shareholder Rights: 9; Compensation: 10.  Brought to you by Institutional Shareholder Services (ISS). Scores range from “1” (low governance risk) to “10” (higher governance risk). Each of the pillar scores for Audit, Board, Shareholder Rights and Compensation, are based on specific company disclosures.