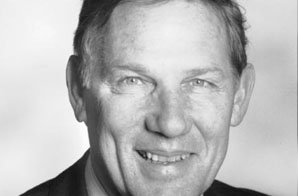 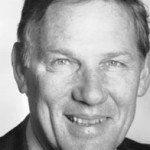 This is the second of a three part series. See also Fiduciary Duty to Announce Votes (Part 1): Editorial Calls For Advanced Disclosure and Fiduciary Duty to Announce Votes (Part 3): Take Action.
A major landmark in establishing a fiduciary duty for proxy voting was the Department of Labor’s (DOL) 1988 Avon Letter, which was based on specific sections of ERISA (sections 402, 403, 404 and 405), summarized as follows:

In general, the fiduciary act of managing plan assets which are shares of corporate stock would include the voting of proxies appurtenant to those shares of stock. For example, it is the Department’s position that the decision as to how proxies should be voted with regard to the issues presented by the fact pattern are fiduciary acts of plan asset management

Votes should be consider plan assets. Fiduciaries were also required to monitor and document proxy voting.

The Avon Letter was followed by the Monks Advisory Letter in 1990. In response to questions by Robert Monks, then head of Institutional Shareholder Services, regarding the practice of some fiduciaries opting out by assigning the duty to others, DOL responded:

The letter reinforced the requirements of fiduciaries to monitor and document proxy voting. DOL followed these letters with Interpretive Bulletin (29 CFR 2509.94-2), 1994, outlining documentation that would explicitly satisfy the fiduciary responsibilities for voting proxies and confirmed that “…a statement of proxy voting policy would be an important part of any comprehensive statement of investment policy.”

In September 1995, soon after starting this internet publication on corporate governance, I wrote to the Department of Labor asking if any agency had ever taken any enforcement action in this area. No action had been taken but DOL’s “Proxy Project” had reported that in 47% of the cases surveyed in which the investment manager voted proxies “plan and trust documents and investment manager agreements were silent.” In other words, the votes weren’t documented as required. Yet, I took hope with the following pronouncement by David Bell, Assistant Secretary, Department of Labor:

A fiduciary who fails to vote, or casts a vote without considering the impact of the question, or votes blindly with management would appear to violate his duty to manage plan assets solely in the interests of the participants and beneficiaries of the plan. We will be vigilant in assuring that pension fund fiduciaries handle proxy voting as they handle any other corporate asset – namely not for the benefit of themselves or third parties, but for the benefit of participants and beneficiaries.

As far as I know, we still haven’t seen any enforcement actions against pension trustees around proxy voting. However, in February 2002, SEC Chair Harvey Pitt finally responded to a letter from Ram Trust Services (affiliated with Robert Monks) sent to the SEC fourteen years earlier and to each Chair before Pitt, which called on the SEC to issue guidelines similar to DOL’s affirming the fiduciary duty to vote proxies for all fund managers and advisors. Pitt wrote that, although fiduciary duty is generally governed by state law:

We believe, however, that an investment adviser must exercise its responsibility to vote the shares of its clients in a manner that is consistent with . . . its fiduciary duties under federal and state law to act in the best interest of its clients.

Pitt was finally responding not only to the push by Robert Monks, Nell Minow and their associates but to rulemaking petitions by Domini Investments, the International Brotherhood of Teamsters and the AFL-CIO filed in 2001 after funds such as Domini and CalPERS began publishing some or all of their votes. By 2003 the SEC finalized rules requiring full disclosure of proxy votes by Investment Companies (mutual funds) and Investment Advisors. Highlights include (my emphasis):
Because proxy votes are plan assets, trustees have a fiduciary obligation to vote them solely in the interests shareowners. Doing so is likely to improve corporate performance and enhance shareowner value. The Internet provides a mechanism to easily fulfill that obligation in a timely, cost-effective manner. In fact, the Internet can make announcements so inexpensive and instantaneous that announcing votes in something close to real time would seem to be a fiduciary obligation, if doing so could possibly influence the outcome by encouraging others to copy their vote. Part three tomorrow.