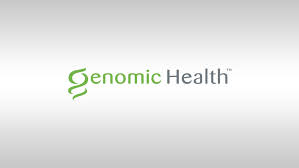 Genomic Health (GHDX), is one of the stocks in my portfolio. Their annual meeting is coming up on June 6, 2014. ProxyDemocracy.org had collected the votes of one fund when I checked and voted on 5/27/2014.  I voted with management 92% of the time.  View Proxy Statement. (Note: GHDX proxy Table of Contents is only for stock incentive plan… not the proxy. Very poorly done.) Read Warnings below. What follows are my recommendations on how to vote the GHDX proxy in order to enhance corporate governance and long-term value.

GHDX’s Summary Compensation Table (page 19) shows CEO/Chair Kimberly J. Popovits was the highest paid named executive officer (NEO) at about $2.1M in 2013. I’m using Yahoo! Finance to determine market cap ($849M) and Wikipedia’s rule of thumb regarding classification. GHDX is a small-cap company.  According to Equilar (page 6), the median CEO compensation at mid-cap corporations was $2.5 million in 2012, so GHDX is within median. GHDX shares have performed worse than the NASDAQ over the one, two and five year periods.

The GMIAnalyst report I reviewed gave WCN an overall grade of ‘D.’ From their report the following were listed as potential areas of concern with regard to pay:

Despite all those issues, I voted for the pay package, hoping the company will institute reforms.

I voted against the stock plan as dilutive. I voted to ratify the bonus plan and the auditor.

If a stockholder wishes to present a proposal to be considered for inclusion in our proxy statement for the 2015 Annual Meeting of Stockholders, the proponent and the proposal must comply with the proxy proposal submission rules of the SEC. One of the requirements is that the proposal be received by Genomic Health’s Secretary no later than December 27, 2014. Proposals we receive after that date will not be included in the proxy statement. We urge stockholders to submit proposals by Certified Mail—Return Receipt Requested.