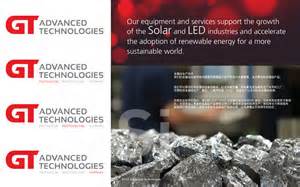 GT Advanced Technologies $GTAT is one of the stocks in my portfolio. Their annual meeting is coming up on 6/5/2014. ProxyDemocracy.org had collected the votes of one fund when I checked and voted on 5/26/2014.  I voted with management 60% of the time.  View Proxy Statement. Read Warnings below.  What follows are my proxy voting recommendations for GTAT.

GTAT’s Summary Compensation Table shows CEO Thomas Gutierrez was the highest paid named executive officer (NEO) at about $5.3M in 2013. I’m using Yahoo! Finance to determine market cap ($2.2B) and Wikipedia’s rule of thumb regarding classification. GTAT is a mid-cap company. According to Equilar (page 6), the median CEO compensation at mid-cap corporations was $4.7 million in 2012, so GTAT is over that, especially factoring in that it is close to the borderline between small- and mid-caps.  GTAT shares outperformed the NASDAQ substantially over the one and two periods, while beating it slightly over the five year period.

The GMIAnalyst report I reviewed gave GTAT an overall grade of ‘C.’ According to the report I read at GMIAnalyst:

Because of these issues, I voted against the pay plan, stock plan and, if given the opportunity, would have voted against members of the compensation committee: Godshalk (Chair), Watson and Wroe.

I voted to ratify the auditors, since Deloitte & Touche LLP doesn’t appear to be doing any conflicting consulting work for GTAT. Since there were no other proxy issues, I didn’t do a more in-depth analysis.

Looking at SharkRepellent.net:
From Yahoo! Finance: GT Advanced Technologies Inc.’s ISS Governance QuickScore as of May 1, 2014 is 4. The pillar scores are Audit: 1; Board: 1; Shareholder Rights: 4; Compensation: 7. Brought to you by Institutional Shareholder Services (ISS). Scores range from “1” (low governance risk) to “10” (higher governance risk). Each of the pillar scores for Audit, Board, Shareholder Rights and Compensation, are based on specific company disclosures.