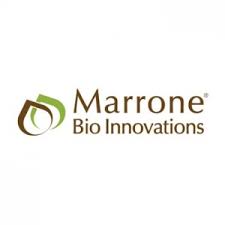 Marrone Bio Innovations (MBII): is one of the stocks in my portfolio. Their annual meeting is coming up on 5/29/2014. ProxyDemocracy.org had collected the votes of two funds when I checked and voted on 5/23/2014.  I voted with management 33% of the time.  View Proxy Statement. Read Warnings below.  What follows are my proxy voting recommendations for MBII.

MBII’s Summary Compensation Table shows CEO Pamela G. Marrone, Ph.D was the highest paid named executive officer (NEO) at about $1.4M in 2013. I’m using Yahoo! Finance to determine market cap ($177M) and Wikipedia’s rule of thumb regarding classification. MBII is a micro-cap company.  According to Equilar (page 6), the median CEO compensation at amall-cap corporations was $2.5 million in 2012, so it is hard to tell, but I think  is paying  within median but we are not given the opportunity to vote on it anyway. MBII is a new company. Their shares have underperformed the NASDAQ over any period I could pull up.

GMIAnalyst doesn’t appear to cover MBII yet, so my sources are limited… as is my time to analyze. Insiders own about 46% of the company and they just came out with another public offering that diluted the value of my stock further. This time, I am just going to vote along with Calvert to send a message the corporate governance reforms are needed. At least they don’t have a combined CEO and board chair. I hope to learn more about the company be attending the meeting on 5/29.

To be considered for inclusion in next year’s proxy materials, your proposal or nominee as a director must be submitted in writing between February 8, 2015 and March 9, 2014 to our Corporate Secretary at 2121 Second St. Suite A-107, Davis, California 95618. If you wish to submit a proposal that is not to be included in next year’s proxy materials, you must do so by December 26, 2014. You are also advised to review our bylaws, which contain additional requirements about advance notice of stockholder proposals and director nominations.

Looking at SharkRepellent.net:
From Yahoo! Finance: ISS does not have a Governance QuickScore as of May 1, 2014.