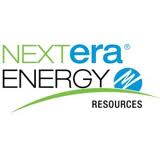 NextEra Energy (NEE), is one of the stocks in my portfolio. Their annual meeting is coming up on 5/22/2014. ProxyDemocracy.org had collected the votes of two funds when I checked and voted on 5/15/2014.  I voted with management 79% of the time.  View Proxy Statement. Read Warnings below.

NEE’s Summary Compensation Table shows CEO/Chair James L. Robo was the highest paid named executive officer (NEO) at about $10.4M in 2013. I’m using Yahoo! Finance to determine market cap ($42B) and Wikipedia’s rule of thumb regarding classification. NEE is a large-cap company.  According to Equilar (page 6), the median CEO compensation at large-cap corporations was $9.7 million in 2012, so NEE is slightly above median. NEE shares have outperformed the S&P 500 over one and two year periods but lags substantially over five years. I’m concerned that NEE has not disclosed specific, quantifiable performance target objectives for the CEO, in contrast to 73.9% of companies in its home market that have provided such metrics. Disclosure of performance metrics is essential for investors to assess the rigor of incentive programs. I voted for the pay package but may not next year if nothing changes.

The GMIAnalyst report I reviewed gave NEE an overall grade of ‘C.’ A few highlights from their report stood out:

For the most recently reported fiscal year, NextEra Energy paid a total of $10,976,000 in audit and other related fees. This figure includes $5,989,000 in basic audit fees. The company has been flagged for its failure to utilize an environmental management system or to seek ISO 14001 certification for some or all of its operations.

The board includes at least one executive director in addition to the CEO, characteristic of 32.7% of companies in this market. Multiple inside directors may provide a too-strong management voice within the boardroom. The company has failed to split the roles of CEO and chairman, which may compromise even further the board’s independence from current management interests. Split CEO and chairman roles are characteristic of 46.1% of companies in the S&P 500.

I voted against Mr. Tookes, since he is currently a director at four companies, too many to give them the attention they may need, especially if one or more are involved in a crisis.

I don’t like the fact that NextEra Energy paid a total of $10,976,000 in audit and other related fees Deloitte & Touche LLP. That amount includes $5,989,000 in basic audit fees. Since almost half of the fees paid to the auditor were for non-auditing work, a conflict of interest has been created. I voted not to ratify the auditor.

Of course, I voted in favor of the proposal my wife and I (James McRitchie) filed to end supermajority requirements. The Council of Institutional Investors, whose members have assets in excess of $3T invested, maintain the following policy that should be relevant to all NEE shareowners:

The corporation’s acquisition of five percent or more of its common shares at above-market prices other than by tender offer to all shareowners;

Abridging or limiting the rights of common shares to:  (1) vote on the election or removal of directors or the timing or length of their term of office or (2) nominate directors or propose other action to be voted on by shareowners or (3) call special meetings of shareowners or take action by written consent or change the procedure for fixing the record date for such action; andIssuing debt to a degree that would excessively leverage the company and imperil its long-term viability.

Proposals on matters appropriate for shareholder consideration consistent with Rule 14a-8 under the Exchange Act submitted by shareholders for inclusion in the proxy statement and form of proxy for the 2015 Annual Meeting of Shareholders must be received by the Corporate Secretary at the Company’s principal executive offices not later than December 8, 2014. The submission of such proposals by shareholders is subject to regulation by the SEC pursuant to Rule 14a-8.

Looking at SharkRepellent.net:
From Yahoo! Finance: NextEra Energy, Inc.’s ISS Governance QuickScore as of May 1, 2014 is 3. The pillar scores are Audit: 1; Board: 2; Shareholder Rights: 5; Compensation: 3. Brought to you by Institutional Shareholder Services (ISS). Scores range from “1” (low governance risk) to “10” (higher governance risk). Each of the pillar scores for Audit, Board, Shareholder Rights and Compensation, are based on specific company disclosures.

Be sure to vote each item on the proxy. Any items left blank are voted in favor of management’s recommendations. (See Broken Windows & Proxy Vote Rigging – Both Invite More Serious Crime).I generally vote against pay packages where NEOs were paid above median in the previous year but make exceptions if warranted. According to Bebchuk, Lucian A. and Grinstein, Yaniv (The Growth of Executive Pay), aggregate compensation by public companies to NEOs increased from 5 percent of earnings in 1993-1995 to about 10 percent in 2001-2003. Few firms admit to having average executives. They generally set compensation at above average for their “peer group,” which is often chosen aspirationally. While the “Lake Woebegone effect” may be nice in fictional towns, “where all the children are above average,” it doesn’t work well for society to have all CEOs considered above average, with their collective pay spiraling out of control. We need to slow the pace of money going to the 1% if our economy is not to become third world. The rationale for peer group benchmarking is a mythological market for CEOs.