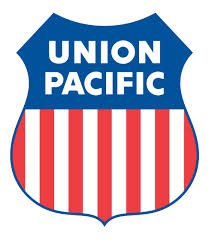 Union Pacific Corporation $UNP, is one of the stocks in my portfolio. Their annual meeting is coming up on 5/15/2014. ProxyDemocracy.org had collected the votes of three funds when I checked and voted on 5/9/2014.  I voted with management 53% of the time.  View Proxy Statement.

UNP’s Summary Compensation Table shows CEO/Chair John J. Koraleski was the highest paid named executive officer (NEO) at about $17.8M in 2013. I’m using Yahoo! Finance to determine market cap ($86B) and Wikipedia’s rule of thumb regarding classification. UNP is a large-cap company.  According to Equilar (page 6), the median CEO compensation at large-cap corporations was $9.7 million in 2012, so UNP is well over median. Therefore, I voted against the pay package, stock plan and members of the compensation committee: Erroll B. Davis, Jr., Chair, Thomas J. Donohue, Thomas F. McLarty III, Steven R. Rogel and Jose H. Villarreal. However, according to the proxy, “Pursuant to our director retirement policy, Messrs. Donohue and Dunham will not stand for re-election at the Annual Meeting.” Therefore I didn’t have the opportunity to vote against Donohue. Almost half the directors are age 70 or older and many have served on the board for too long to really be considered independent. As a protest, I voted against Judith Richards Hope who is 72 and has been on the board for 26 years, even though she is the only woman board member in a board that could benefit from greater diversity.

The GMIAnalyst report I reviewed gave UNP an overall ‘D.’ From their report the following were listed as potential areas of concern: Related Party Transactions, Board Integrity, Severance Vesting, Carbon Emissions, Waste Productionm Spills or Dumping, Other Environmental Investigations, and Other Social Impact Events.

The company has failed to split the roles of CEO and chairman, which may compromise even further the board’s independence from current management interests. Split CEO and chairman roles are characteristic of 46.1% of companies in the S&P 500…

With regard to shareowner proposals, I voted in favor of John Chevedden’s proposal to adopt a policy requiring senior executives to retain a significant percentage of shares acquired through equity pay programs until reaching normal retirement age and to report on implementation. Let’s align their long-term incentives with ours.

How I voted (CorpGov) below, with votes against the Board’s position noted in bold:

Under SEC rules, any shareholder who wishes to present a proposal to be included in our Proxy Statement and introduced at our 2015 Annual Meeting of Shareholders must submit the proposal to the Secretary of the Company so that it is received no later than the close of business on December 2, 2014, and must satisfy the other requirements of SEC Rule 14a-8.

Looking at SharkRepellent.net:
From Yahoo! Finance, Union Pacific Corporation’s ISS Governance QuickScore as of May 1, 2014 is 1. The pillar scores are Audit: 1; Board: 4; Shareholder Rights: 1; Compensation: 1. Brought to you by Institutional Shareholder Services (ISS). Scores range from “1” (low governance risk) to “10” (higher governance risk). Each of the pillar scores for Audit, Board, Shareholder Rights and Compensation, are based on specific company disclosures.