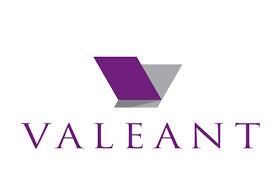 Valeant Pharmaceuticals (VRX), is one of the stocks in my portfolio. Their annual meeting is coming up on 5/20/2014. ProxyDemocracy.org had collected the vote of one fund when I checked and voted on 5/14/2014.  I voted with management 54% of the time.  View Proxy Statement. Read Warnings below.

VRX’s Summary Compensation Table shows General Counsel Robert R. Chai-Onn was the highest paid named executive officer (NEO) at about $12M in 2013 (CEO J. Michael Pearson got his $36.7M in 2011. I’m using Yahoo! Finance to determine market cap ($42.6B) and Wikipedia’s rule of thumb regarding classification. VRX is a large-cap company.  According to Equilar (page 6), the median CEO compensation at mid-cap corporations was $9.7 million in 2012, so VRX is well above median. VRX shares have performed very well in comparison with the S&P 500 over the one, two and five year periods. According to GMIAnalyst:

For the above reasons, I voted against the pay package and against the Compensation Committee that are not retiring from the Board:

The GMIAnalyst report I reviewed gave VRX an overall grade of ‘D.’ From their report the following were listed as some of the potential areas of concern:

VRX does not currently report on its sustainability policies and practices via the Global Reporting Initiative, a commonly used and highly effective standard for such reporting, nor has it become a voluntary signatory of the UN Global Compact, yet another commonly employed global standard for achieving and maintaining more effective sustainability practices. In the area of workplace safety this company has not yet implemented OHSAS 18001 as its occupational health and safety management system, nor does it actively disclose its workplace safety record in its annual report or other reporting vehicle.

Multiple related party transactions and other potential conflicts of interest involving the company’s board or senior managers should be reviewed in greater depth, as such practices, even when limited to current market rates, raise concerns regarding potential self-dealing or abuse. A substantial minority of companies (27%) are flagged for related party transactions in the company’s home market.

The company has not adopted a full majority director election standard, greatly limiting the ability of company shareholders to hold members of the board accountable in uncontested elections. Majority voting has become prevalent among companies in GMI’s Canadian universe, with only 23.2% flagged for lacking this practice.

In addition to voting against members of the Compensation Committee, as discussed above, I also voted against Katharine B. Stevenson who sits on a total of four boards. That’s too many to do a good job, especially if VRX is involved in complex M&A activities. Robert A. Ingram sits on five boards but I’m already voting against him because of his participation on the Compensation Committee.

I voted against the stock plan as dilutive. There were no shareholder proposals.

A shareholder who is entitled to vote at the 2015 Annual Meeting of Shareholders may raise a proposal for consideration at such Annual Meeting. We will consider such proposal for inclusion in the proxy materials for the 2015 Annual Meeting of Shareholders only if our Corporate Secretary receives such proposal (at 2150 Saint Elzear Blvd. West, Laval, Quebec, H7L 4A8, Canada, or by facsimile 514-744-6272): (i) submitted pursuant to Rule 14a-8 (“Rule 14a-8”) of the General Rules and Regulations promulgated under the Exchange Act, on or before December 22, 2014, or (ii) submitted pursuant to Division 7 of the BCBCA on or before February 20, 2015. The use of certified mail, return receipt, is advised.

From Yahoo! Finance: Valeant Pharmaceuticals International, Inc.’s ISS Governance QuickScore as of May 1, 2014 is 3. The pillar scores are Audit: 1; Board: 2; Shareholder Rights: 5; Compensation: 5. Brought to you by Institutional Shareholder Services (ISS). Scores range from “1” (low governance risk) to “10” (higher governance risk). Each of the pillar scores for Audit, Board, Shareholder Rights and Compensation, are based on specific company disclosures.