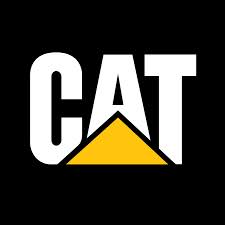 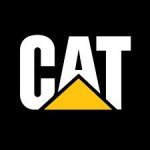 Caterpillar (CAT), is one of the stocks in my portfolio. Their annual meeting is June 11, 2014 (tomorrow). ProxyDemocracy.org had collected the votes of two funds when I checked and voted on 6/10/2014.  I see they now have three. I voted with management 42% of the time.  View Proxy Statement. Read Warnings below. What follows are my recommendations on how to vote the CAT proxy in order to enhance corporate governance and long-term value.

CAT’s Summary Compensation Table shows CEO/Chair Douglas R. Oberhelman was the highest paid named executive officer (NEO) at about $15M in 2013. I’m using Yahoo! Finance to determine market cap ($67.9B) and Wikipedia’s rule of thumb regarding classification. CAT is a large-cap company. According to Equilar (page 6), the median CEO compensation at large-cap corporations was $9.7 million in 2012, so CAT is over that.  CAT’s shares outperformed the S&P 500 substantially over the one and five periods but lagged over the two.

The GMIAnalyst report I reviewed gave CAT an overall grade of ‘D.’ According to the report:

Because pay was above median and because of the problems noted by GMIAnalyst, I voted against the pay package, stock plan, bonus plan and members of the compensation committee: Miles D. White, David L. Calhoun, and Jesse J. Greene, Jr.

Because of these poor practice issues, especially the fact they haven’t even named a lead director, I voted against the members of the public policy and governance committee: Edward B. Rust, Jr., Juan Gallardo, Jon M. Huntsman, Jr., and Susan C. Schwab. Huntsman sits on four boards. Since I think that is too many to devote necessary attention to each, I would have voted against him for that reason as well.

The GMIAnalyst report flagged revenue recognition, accounting investigations and restatements as issues. Because of these issues I voted against William A. Osborn, chair of the Audit Committee, and was tempted to vote against all members of the Committee and the auditor but did not.