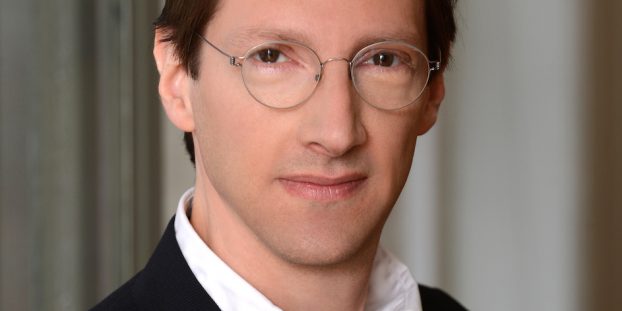 Guest Post by Adam M. Kanzer, managing director and general counsel of Domini Social Investments LLC, New York. His responsibilities include directing Domini’s shareholder advocacy department, where for more than ten years he has led numerous dialogues with corporations on a wide range of social and environmental issues. The following originally appeared under the same title in the May 14, 2014 edition of Pensions & Investment. I added a few additional links.

Google Inc. shareholders May 14 rejected by a 93% vote a proposal sponsored by my firm, seeking the adoption of a responsible code of conduct to guide the company’s global tax strategies. I suspect this proposal prompted a quizzical reaction from many investors who assume that minimizing corporate tax payments is good for shareholders. An April 28 Pensions & Investments editorial, Tax exempt but tax conscious, wrestled with this issue, ultimately concluding fiduciaries could not ask companies to pay more.

We believe a deeper analysis is required. Corporate tax minimization strategies present serious threats to long-term wealth creation and might pose greater risks than corporate taxation itself. But first, I think it is important to dispel a few myths.

The P&I editorial reports the U.S. has the highest effective tax rate in the industrialized world, at more than 40%. According to the Congressional Research Service, however, the average effective corporate tax rate in the U.S. is 27.1%, compared with 27.7% for the rest of the world. In fact, a number of multinationals pay far less than 27%, and some pay nothing at all. But this is not solely a U.S. problem. According to MSCI research, 21.4% of companies in the MSCI World index paid tax rates substantially below the weighted average tax rate of the countries in which they generate revenues.

Why would a company pay even 20% when it could go to Bermuda and pay nothing? The statutory rate is irrelevant. At issue is the ability of multinationals to pay nothing.

The P&I editorial repeats another common myth: “Corporations don’t pay taxes, they collect taxes. They allow Congress to hide the true level of taxes.” This version of the “corporate taxation is double-taxation” rhetoric is also false.

Corporations collect payroll and sales taxes, and also pay real estate and income tax. A portion of corporate profits are taxed twice if they happen to be paid out in the form of dividends. But, of course, companies are not required to pay dividends and they do not pay out all of their profits. Shareholders are taxed on capital gains, based on their cost basis when they sell their shares, and on dividends. These taxes bear no direct relation to annual corporate profits.

Perhaps the biggest myth of all is that fiduciary duty compels us to look the other way. Imagine a legal obligation, based on principles of prudence and loyalty, that compels us to condone behavior that stifles innovation, destroys local and national economies, and shifts heavy financial burdens to our own clients and beneficiaries.

Fortunately, this obligation to minimize tax payments does not exist.

According to a legal opinion issued by the U.K. law firm Farrer & Co., “the idea of a strictly “fiduciary’ duty to avoid tax is wholly misconceived” and a duty on corporate directors to maximize profits for the benefit of shareholders is “unknown to English law.”

In the U.S., I believe a legal analysis would produce the same conclusion — the business judgment rule protects directors who choose to assess their company’s “fair share” of taxes, in light of the reputational and legal risks presented by aggressive tax avoidance measures.

For fiduciaries serving investors, the duties are similarly clear — to diversify assets and pursue long-term risk-adjusted returns on behalf of their clients and beneficiaries. Even if Google itself is somehow shielded from costly liability as a result of its tax strategies, it is necessary and appropriate for fiduciaries to consider how Google’s activities affect the portfolio, the broader economy, and participants and beneficiaries “in their retirement income,” in the wording of the Employee Retirement Income Security Act. Trustees of underfunded state pension funds might want to do a bit more than merely consider these things.

Aggressive tax avoidance is not the norm, nor should it be. It is a short-sighted and risky strategy that harms investors and society.

Corporate tax avoidance is a direct threat to government and rule of law, and, at a time of high unemployment and high government debt, tax-avoidance strategies have prompted many countries to fight back, including active work by the G20 group representing major economies and the Organization for Economic Co-Operation and Development. Reliance on aggressive tax strategies targeted for reform could result in financial shocks for investors. Google’s effective foreign income tax rate has been in the single digits for more than a decade even though most foreign countries it operates in have corporate tax rates in the mid-20s. Does anybody think this can go on forever?

The U.K. House of Commons Public Accounts Committee published a report in June 2013 criticizing Google’s U.K. tax-minimization approach. The committee chair referred to these tax arrangements as “highly contrived,” “devious” and “unethical.” The French government just handed Google a tax bill for nearly $1.4 billion. If France is successful in collecting even a portion of this, we will see other aggrieved countries stepping up for their share.

Certain multinationals are weaving intentionally opaque and winding trails in and out of every loophole they can find. This global shell game not only hides taxable revenues from governments, it also hides the true sources of corporate value from investors. What portion of Google’s profits are derived from superior products and services, and what portion from creative accounting? I would certainly like to know.

Tax should be viewed as an investment, not a cost. To paraphrase Oliver Wendell Holmes, tax is an investment in civilization. Too often in these debates over the burden of corporate tax, we fail to consider what corporate taxes deliver in the long run. What is our return on investment?

Economist Joseph Stiglitz warns that corporate tax avoidance threatens the wellspring of “future innovation and growth.” Other economists have documented the critical and visionary role government has played in spurring scientific and technological innovation when private investors were unwilling to take the risk. Google and Apple Inc. might not exist today if it had not been for taxpayer funded research. Larry Page and Sergey Brin’s initial research was financed by a taxpayer funded National Science Foundation grant.

Investors should be asking Google and other multinationals to adopt ethical principles to guide their tax strategies, considering their impact on society and brand value. Just as corporations should be expected to follow consistent standards globally regarding bribery, child labor, greenhouse gas emissions and non-discrimination, they should adopt principles to help navigate the complexity of local and national tax systems.

We believe this is what fiduciary duty demands.

The Failure of Fiduciary Duty: A Ready-to-Use Corporate Umbrella?

Critical response to “no fiduciary duty to avoid tax” opinion

Delaware corporate law: directors have no obligation to minimise taxes