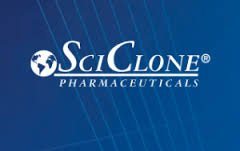 SciClone Pharmaceuticals $SCLN, is one of the stocks in my portfolio. Their annual meeting is June 12, 2014. ProxyDemocracy.org had collected the votes of one fund when I checked and voted on 6/10/2014.  I voted with management 37% of the time.  View Proxy Statement. Would it kill them to include a hyperlinked table of contents? Read Warnings below. What follows are my recommendations on how to vote the SCLN proxy in order to enhance corporate governance and long-term value.  Compensation

SCLN’s Summary Compensation Table (p. 31) shows  was the highest paid named executive officer (NEO) was CEO Friedhelm Blobel, Ph.D at about $1.6M in 2013. I’m using Yahoo! Finance to determine market cap ($271M) and Wikipedia’s rule of thumb regarding classification. SCLN is a small-cap company. According to Equilar (page 6), the median CEO compensation at small-cap corporations was $2.5 million in 2012, so SCLN is under that. SCLN shares underperformed the NASDAQ substantially over the one and two year periods, but met the average in the five year period.

The GMIAnalyst report I reviewed gave SCLN an overall grade of ‘C.’ According to the report:

Because pay was below median and despite the problems noted by GMIAnalyst, I voted in favor of the pay package.

I’m concerned that all members of the board but one are 64 or older. I’d like to see more diversity. More importantly, as reported by GMIAnalyst, none of the following directors own any shares in SCLN: Gregg Anthony LaPointe, Nancy T. Chang Ph.D., Richard J. Hawkins and Simon Li. Chang and Li might be forgiven, since they have only been on the board. I’m quite concerned that most directors hold only options given them for their service. If they aren’t willing to invest in our company, maybe we shouldn’t be either. I won’t be so forgiving next year.

The GMIAnalyst report includes the following and more:

Because of these deficiencies, I voted against the Chairman of the Board (Jon S. Saxe), members of the audit committee (which includes Simon Li among those I haven’t already named) and the auditor.

Proposals of stockholders intended to be presented at our 2015 Annual Meeting of Stockholders must be received by Corporate Secretary, SciClone Pharmaceuticals, Inc., 950 Tower Lane, Suite 900, Foster City, California 94404, no later than December 31, 2014, and must satisfy the conditions established by the SEC for stockholder proposals to be included in our proxy statement for the meeting.