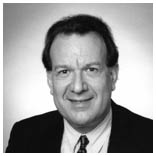 Guest Post: Andrew Clearfield is an internationally-known investment manager, corporate governance expert, and independent corporate director. He founded Investment Initiatives LLC in 2005 to aid institutions engaging with portfolio companies, as well as coordinating their efforts with other concerned investors.

Looking at a range of research reports, it seems conservative to say that at least half of all mergers and acquisitions fail to deliver their anticipated objectives and a third or more actually destory value. Yet, buy-side investors seem to be very likely to support most M&As. Why?

1. They will get a short-term premium (otherwise, the deal is obviously failing.)

2. They are afraid if they don’t take the premium they might be deemed to have failed in their fiduciary duty and even be sued: post a failed deal, the target’s price usually drops.

3. Everyone likes a quick buck (you could dignify it and call it the TVM, but I don’t think it’s that calculated a decision) and everyone believes in a free lunch—even if they say they don’t.

5. The road shows are well-planned and impressive. Nay-sayers are afraid to stick up their hands at these affairs. Bankers count on this.

6. Fatigue: they get tired of the same old company doing the same old thing, whether it is a growth company or a cash cow. Novelty is inherently attractive.

7. They do not really understand what makes most of the businesses they own tick, therefore they do not understand the risks in fusing one of them with something different, whether it be a competitor in the same businesses, or a company doing something totally different.

8. They like the illusion that they are participating in something creative.

9. Most professional investors are inherently restless—in fact, they are paid to be. They do not like sitting on their hands and waiting for a share to appreciate, especially after a drop when a deal falls through. If they don’t tender their shares, they will sell them in the market to someone who will.

10. If the deal turns into a disaster, they are very likely not to be involved in it any longer, anyway. Something having happened (a transaction), the reason for owning the stock has ended.

(a) Active managers are more likely to move on to the next story, and if they have received shares from the deal, sell them before the enthusiasm wears off and the price drops.

(b) If they are indexers, and the survivor company is in the index, they will have to own it anyway: if it isn’t, they won’t. They only get hurt if the successor company is in the index, and the transaction turns out so disastrously that the company is subsequently removed from their benchmark, in which case they suffer because indices never charge themselves the cost of a change in composition. But with most indexed portfolios, the effect is likely to be small.

11. Investors like to identify with successful CEOs, and the probable “winner” in a deal is by definition successful. It is much harder for them to identify with a victim (if the deal is hostile), and harder still to imagine themselves being victimized (that is, ex-ante; ex-post, it is all too easy, but by then it is too late.)

12. It is in the interest of bankers that deals be done, whether they make sense or not. Since bankers are higher in the financial system pecking order than most investors (hedge fund managers perhaps excepted), there is a built-in prejudice in favor of any deal.

13. Few investors see themselves as being stewards of their holdings, or having any duty whatsoever to the portfolio company, whether the share has been good to them or not. Thus, they are not concerned if the results of the deal are bad for other stakeholders, or for whomever is left holding the bag if the share price collapses.

As Oscar Wilde famously said, a cynic is one “who knows the price of everything and the value of nothing.” Investors pride themselves on being price-savvy and cynical; most will freely admit that they have neither the time nor the patience to assess fundamental value, nor do they have the mandate to wait long enough for it to be recognized. A transaction is usually about price. If value enters into it, it will only be after the fact; and if a share is fully valued, it is probably time to get out of it, anyway. One must normally pay a premium to make a transaction happen. Often more debt is incurred, or the share must suffer significant dilution; either way, this adds to the risk for shareholders. These factors enhance price and detract from value. Ergo, most deals will cost more than they are worth. Q.E.D.

3 Responses to Why do Target Shareholders Buy into Mergers and Acquisitions?