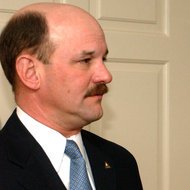 However, to me it feels a little like the recent botched execution of Joseph Wood in Arizona. What bothers me more than the almost two hours it took for the lethal injection to kill Wood was the fact that it was twenty-five years after his crime. After twenty-five years, how much of the man they executed is the same as the man who committed the crimes?  Similarly, are those indicted at CalPERS the same people anymore? One former board member certainly worth questioning was Robert Carlson… but, after 37 years on the board, he’s dead.

What took prosecutors so long? Now, as indictments finally roll in, CalPERS is certainly and thankfully a different organization. I have a separate website on CalPERS called PERSWatch where I used to post my observations of bad behavior at CalPERS. However, I took most of the posts down when I stopped running for the Board and, instead decided to focus on holding candidate forums (a job now handled by CalPERS staff and the League of Women Voters of Sacramento County) so that members could hear from the candidates before voting for them.

Here’s just one example of my posts from years ago.

Why Didn’t the Watchdog Bark?

According to a widely published article originating with the New York Times, the CalPERS Board was warned by outside advisors that Enron’s chief financial officer, Andrew Fastow would face conflicts of interest between his duties to the LJM 3 limited partnership, which he pitched to CalPERS, and Enron. Disclosure of such an investment could lead to embarrassment for CalPERS, especially to its reputation as a corporate governance activist.

Roland Machold, a co-founder of the Council of Institutional Investors, said he wondered why the pension fund managers “did not go right to the board, as it used to do in the old days, and say they were concerned that the board had approved something so conflicted.”

Prompt action by the CalPERS Board, such as talking with the Enron board or putting Enron on their focus list, might have made a huge difference to California taxpayers. Stock losses totaled more than $248 million at California pension funds alone, to say nothing of the $325 million loss suffered by the Florida state pension fund and additional losses at other public pension funds.

Why didn’t the world’s most famous corporate watchdog bark? The Board’s own conflicts of interest may have played a part. Bob Carlson (Board member since 1971) serves on the board of 12 Franklin funds. Bill Crist (Board member since 1987) also served on the board of the Pacific Rim Prosperity fund for many years. Which fiduciary duty gets a higher priority when opportunity knocks or conflicts arise, CalPERS or the private investment funds?

Between stints on the CalPERS Board, Kurato Shimada, (served 1987-1999, reelected in 2001) along with former Board member Albert Villalobos and retired state senator William Campbell lobbied the Board to invest $250 million in the CIM California Urban Real Estate Fund. It was the first vote ever attempted without a staff recommendation in the pension fund’s 68-year history. Is Shimada more concerned with members or building placement fee opportunities (typically 1% of the investment)?

Many Board members continue to accept expensive entertainment, diners and other gifts from those contracting with the System. In direct violation of the Government Code, they raised their own salaries and were subsequently sued by State Controller Kathleen Connell. With such conflicts of interest on their own Board, it is not surprising that CalPERS took no action to further investigate Enron.

If they had read Enron’s SEC filings, the following should have lead to questions (see 10-K’s: A Good Read for the Curious Investor, New York Times, 1/20/02):

Additionally, they would have noticed Enron not only avoided paying income taxes in four of the last five years, it also collected $381 million in tax “refunds.” Maybe that wouldn’t have mattered to the CalPERS Board. After all, 18 year Board member Charles Valdes largely avoided paying taxes for seven years and declared bankruptcy twice while serving as the Chairman of the Board’s Investment Committee.

How can we end conflicts of interest in corporations when our own pension funds, even those with excellent reputations such as CalPERS are riddled with such conflicts themselves? CalPERS and other public pension funds should use the Enron scandal as an opportunity for self-examination. Public employee pension funds that invest in tax evading corporations are like police who sell criminals their guns. They’re not following a good long-term strategy.

Years earlier I reported on my investigation into a $100 million closed session limited partner deal between CalPERS and Hicks Muse. Former Board member Al Villalobos reportedly was paid $750,000 to act as a “placement agent.” Terms allowed Hicks Muse to profit “by as much as $40 million a year from fees even if the deal lost money” for CalPERS. The Board argued for years that closed session votes and minutes must remain confidential forever. However, former Senator Schiff and I finally obtained release of the minutes, which showed the $100 million investment was essentially a Ponzi scheme made against the advice of staff and an outside CalPERS consultant.

I also won a determination against CalPERS when they argued the law governing the promulgation of regulations didn’t apply to them. See 1999 OAL Determination No. 18 in which OAL finds three CalPERS Board resolutions are “regulations” which must be adopted in accordance with the APA in order to be valid.

While most of my PERSWatch site has been down for years, Ed Mendel who covered the Capitol in Sacramento for nearly three decades, continues to cover not only CalPERS but CalSTRS and the UC pension system. Here’s one of his posts from a few years ago: CalPERS corruption: the cabal and the culture and one of his more recent musings, Will anything new emerge in CalPERS scandal? Frankly, I sleep better knowing Ed is still an active watchdog. I’d feel even better if California newspapers covered CalPERS elections. Maybe if they endorsed candidates they would have a sense of ownership and responsibility to monitor.

Unfortunately, when I last asked the Sacramento Bee to endorse candidates their response was similar to that given in previous years. The fall elections would “demand our full attention during the political season.” The paper would only have time to focus on “elections of importance to its readers.” What? Don’t tell me the election of statewide officers to an agency with almost 1.7M members, investing almost $300B is not important to their readers. For now, things don’t look so bad at CalPERS but heed shareholder activist Nell Minow’s advice: