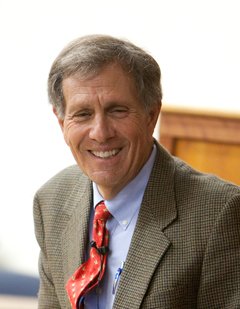 After founders have raised funds from friends and family, and in some cases, angels, the next round of capital is likely to come from professional investors, usually venture capital (VC). Unless the demand for an investment opportunity is so great as to allow the founders to dictate the terms, it is likely that VC investment will be conditioned on election of a board comprised of a majority of independent directors. This brief article explores the reasons why such a demand for founders to cede control can be expected as well as some of the benefits founders may not have considered from such a requirement. The differences and confusion between “independent,” “outside,” “non-management,” and “disinterested” directors are also briefly explained.

1.  Founders cede control because it is someone else’s money.

In addition to being in the business of making sound and dispassionate investments, VCs generally have fiduciary responsibilities associated with the investment of other people’s money. These responsibilities don’t allow for placing unverified trust in the vision, plans and assertions of founder but require careful scrutiny of the assumptions underlying forecasts and business plans as well as management’s experience and capabilities to lead and grow the business.

VCs also want to be sure that their investment will be monitored on an ongoing basis and that management’s judgments, assumptions and plans are challenged, probed, overseen, supported and assisted by some level of outside board expertise, independent of management. Finally, VCs want to be sure that the many inevitable conflicts between management and shareholders are properly addressed, including the basics, such as how much to pay management, option awards, succession planning and performance assessment.

For example, is a founder CEO able to objectively decide how much he/she should be paid, how well the team they selected is performing and even whether the CEO is right for the job? This is an aspect of the famous “agency theory” which, in light of the separation of ownership and management, speaks to the need for oversight of management, as agents for owners.

2.  Founders cede control because the current board doesn’t have the right size, composition or independence.

In most cases, an early stage company which has relied on seed funding will have a small board, if it has one at all, composed of founders, insiders or others close to the founders and lacking in needed board skills as well as real independence. Many new businesses are LLC’s and as a matter of corporate law don’t even need to have a board, however minimal.

Against this likely backdrop, if discussions at the VC stage are positive, a final term sheet will probably contain, among other things, a number of governance related and investor protective conditions, including the establishment of a board (a five member board is a common structure) with a majority of independent directors.

3.   Founders cede control because independence is not the same as not being part of management.

It is important to note that director “independence” can be defined in many ways and that a so-called “outside, or “non management,” director may not be independent just because he/she does not work for the company.  The goal is to assure independent, non-conflicted participation and judgment on behalf of the stockholders and corporation. Independence should be from management, the company and even from other directors.

The stock exchanges require a majority of independent directors and have detailed definitions and criteria as well as expectations for subjective considerations (including social and business ties with management) which can be selectively adapted by smaller companies when populating a board. Also, the courts have evolved certain key principles for determining, on a situational basis, whether a director is independent or disinterested and hence able to participate in a given board decision and not face a conflict of interest issue.

In the author’s experience, a private company director should not be considered independent if he/she or an immediate family member is an employee of, receives or has received compensation from, or has business dealings with, the company. Additionally, other business, family or close social ties between management and directors can impair independent thinking even if the director believes he/she can act independently. Reasonable director fees and being an investor should not be disqualifiers.

4. Founders cede control because VCs know most founders need help and it is good for the business –not to mention a requirement for funding.

Founders often react negatively and sometimes personally to demands that they be “saddled” with a majority of independent directors. The business is ‘their baby,” they had the idea and ought to be allowed to grow the business as they see fit. They may want old friends and trusted advisors, and even relatives on the board. They own most of the stock so they should pick the board, etc. etc.

Furthermore, there are often multiple founders and they all want to be on the board. Unfortunately, this all flies in the face of the reality of seeking money from professional investors who want protection for their investment, know that roughly 75% of startups do not survive beyond five years, and that less than 10% produce a reasonable return on investment. They also know that inexperienced CEO’s often do not make good leaders and that there is a difference between a brilliant strategic mind and what it takes to run and grow a business.

5. Founders cede control because they recognize the benefits.

Rather than viewing an independent board as a hindrance or vote of no confidence, founders should respect the experience of the VC and appreciate the benefits a good board can deliver. They should recognize that they are human and fallible, capable of making mistakes, subject to the many cognitive biases from which we all suffer and, most importantly, are more likely to be successful with advice, contacts, support and input from sources other than themselves and close confidants.

At the risk of some repetition, the founders should respect that they will not be successful without other people’s money and will likely not be successful unless they embrace an independent board for the same reasons as VC’s demand it,  just to list a few:

Guest Post: the author, Dan Boxer has been a senior partner in a major law firm, General Counsel and Chief Administrative Officer of an NYSE traded Fortune 1000 company and has developed the curriculum and course materials for, and teaches, the Corporate Governance, Business Ethics and Corporate Social Responsibility course at the University Of Maine School Of Law as an Adjunct Professor. He has been involved with many startup ventures and small companies and a member of, and advisor to, numerous boards.

4 Responses to Founders Cede Control to Independent Boards: Why?