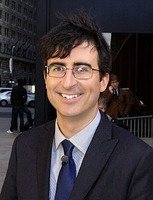 John Oliver, the HBO comedian, discusses income inequality in America. How do you talk about income inequality without being accused of fomenting class warfare.  pointed out in an epic rant on Sunday night, that optimism is woefully misplaced when it comes to the subject of severe income inequality. America’s biggest losers in the income inequality game are not about to win the lottery. Ain’t gonna happen. The game is rigged.

Remember when Obama mentioned the words “income inequality” some 26 times in a speech about a year and a half ago? He said it was the “defining challenge” of our time. For about five minutes it was all anyone was talking about in the media. It was, “You better watch your ass income inequality, you’re about to get violently ameliorated,” Oliver quips.

Ha! It was soon dropped completely from the discussion. Why? Because anyone who talks about it is accused of class warfare, Oliver points out.

Oliver’s excellent 14 minute soliloquy asks and answers the question of how so many Americans have willingly gone along with policies that so clearly favor the tiny 1 percent over the vast majority of us. American optimism, Oliver says. It’s sweet, but in this case, wrong.

Sorry, I couldn’t embed the link; you’ll need to click the link:   http://youtu.be/LfgSEwjAeno

by Thomas Piketty and USA Today’s Are the wealthy too rich? 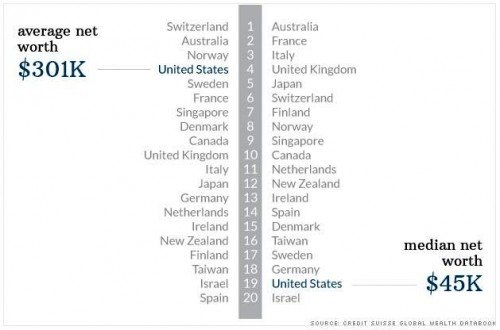 Here’s one of my favorite graphics showing the difference between the ‘average’ net worth and the ‘median’ net worth. You can see how America’s 0.01% raise the average so that our average net worth is among the highest. However, looking at median net worth, we are far worse off than Italy and many others.