Amy L. Goodman and John F. Olson, both of Gibson, Dunn & Crutcher LLP posted Shareholder Proposal Developments During the 2014 Proxy Season on the Harvard Law School Forum on Corporate Governance and Financial Regulation yesterday. It included some good information and analysis but seemed a bit too much like the response to a shareholder proposal should be a lawsuit — an advertisement for Gibson Dunn to this, admittedly biased, eye.

David Bogoslaw, Editor of the Corporate Secretary sent out an email in response that was more balanced with regard to shareholder proposals and lawsuits. I was heading out to Ottawa yesterday, so only had time for a brief response. The following is my open email to Mr. Bogoslaw.

Thanks for being a little more balanced in your letter today (Challenges of no-action letter requests) than Gibson Dunn was in their efforts to drum up business. What Gibson Dunn didn’t tell its Harvard CorpGov law blog readers is that in every case decided against me and John Chevedden the courts refused to award costs to the plaintiffs.  In contrast, in every case we won the courts awarded us costs.

Many of those who sued us subsequently received a letter signed by other concerned investors questioning the motive of such hostile actions. Don’t think suing your own shareowners should ever be thought of as the preferred option. It doesn’t just disturb the gadflies.

Not only is such action an expensive waste of company resources, it fosters bad faith and risks reputations. Multi-billion dollar companies suing mom and pop shareowners because the entrenched board doesn’t want to allow shareowners to vote to ask (not even to require) the board to change the rules so that unopposed directors would be elected by a majority of votes cast, instead of by a single vote. Multi-billion companies suing mom and pop shareowners (their customers) because entrenched boards don’t want to allow shareowners a vote to ask the board to declassify or to end supermajority requirements.

It is no wonder so few retail shareowners even bother to vote.  More and more see owning shares as the equalivant of betting at the races. Companies should want to instill brand loyalty among their customers, pride among employees and a sense of ownership among shareholders. Growth depends more and more on increased knowledge. Companies must be open to input from their employees, customers and owners if they are to succeed.

Throwing up barricades against participation may help some executives remain entrenched in the short-term but open dialogue is a much better long-term strategy. 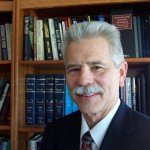 2 Responses to Shareholder Proposal: Best Response is Not a Lawsuit