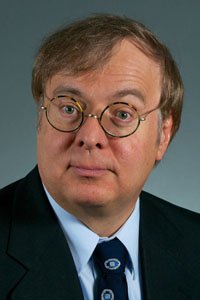 The most recent issue of Corporate Governance: An International Review has plenty to digest. I found The Social Value of Shareholder Value to be especially interesting. Also available at SSRN. Randall Morck, The Social Value of Shareholder Value (May 2014). Corporate Governance: An International Review, Vol. 22, Issue 3, pp. 185-193, 2014. The Review is the only journal to take a truly international perspective on issues and developments in the theory and practice of the governance, as well as publishing professional practice articles and case studies discussing practical experiences in the field.

I like the Abstract format the Review uses to immediately give readers clues as to the value of reading further:

Research Findings/Insights. If good corporate governance is defined as maximizing a firm’s contribution to overall social welfare, shareholder valuation maximization can achieve this only if capital markets are functionally efficient, a concept quite distinct from the definitions of market efficiency usually found in finance textbooks. Functional efficient capital markets allocate capital to its highest value uses subject to achieving tolerable success toward other social goals, such as equality or environmental standards.

How does shareholder value contribute to social value and the ideal economy? That sounded interesting enough to grab my attention. Here’s a few snippets from the full article:

Corporate governance looms large because it determines who controls the economy’s capital and, therefore, whose interests capital advances.

Mainstream economics relies on the efficient market hypothesis, which holds that shareholder valuation of a firm’s stock reflects, by and large, the actual underlying value per share of its capital as that capital is being used. One of the foundations is that of functional form efficiency, where stock prices reflect the pressure on firms form investors to maximize share value creating a correlation between capital investment and value-added.

Morck finds that Germany, not the US, boasts the highest functional efficiency, even though German companies must balance shareholder maximization against labor involvement in corporate governance through their system of codetermination.

An economy that uses cheaper inputs to make more valuable outputs is using its assets – its capital, labor and other resources – more efficiently, at least in the parlance of economists.

He cites Solow’s findings that two thirds of long-term growth of high-inclome countries reflects higher productivity, not higher savings. Economic growth is subject to the laws of compound interest driven by functionally efficient use of capital, labor and other resources. The takeaway is that

growth doesn’t depend on using ever more capital, labor, or natural resources, but on the accumulation of ever more knowledge.

Lowering taxes on investment income is counter-productive if it allows successive generations to invest inefficiently in less innovative firms to maintain, rather than grow their wealth. The ideal economy encourages a successful mix of social welfare institutions, which facilitate rapid reallocation of resources and a rapid pace of creative destruction, rather than shielding companies from change.

Turning to the financial system, Mork asserts that:

a corporate governance environment that lets corporate of financial insiders extract more private benefits does not let them expropriate more shareholder wealth. Rather, such a system prevents more entrepreneurs from getting capital. The result is an economy where fewer new firms get listed and more capital is controlled by the already wealthy. TFP grows slower and living standards rise more languidly.

In other words, the real damage done when agents expropriate too much money isn’t that the the 1% continue to accumulate wealth; the real damage is that the money isn’t allocated to those who will accelerate the accumulation and use of knowledge through creative destruction? The social value of shareholder value gets short-changed.

From near Silicon Valley, I’m not sure banks are actually fulfilling their traditional role anymore. They seem to be more and more involved in the simple extraction of wealth, rather than with investment. Facebook didn’t need an IPO to scale up, only to help owners cash out. However, maybe that is only true for companies that need only a little capital to scale up on the internet and which then use banks and IPOs to extract future value. Social value is already created before there are shareholders in a public company. Maybe I’m too close to an abnormal part of the economy.

Although Morck doesn’t discuss it, perhaps the Jobs Act will lead us further into that world of creative destruction. See The Jobs Act: Challenges and Opportunities. Morck leaves me with plenty to mull over as I head out to Ottawa on vacation. Also of interest, The Conflict Between Managers and Shareholders.