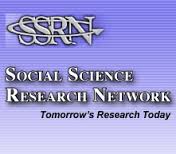 We examine the impact of corporate governance quality on the extent of analyst coverage. The evidence based on nearly 3,000 firms indicates that more analysts are likely to cover firms with weaker corporate governance. In particular, as corporate governance quality falls by one standard deviation, analyst following increases by 11.40%. Our evidence is consistent with the notion that poor governance results in a wider divergence between the stock’s market price and the fundamental value. Analysts prefer to cover companies with poor governance because it allows them to generate trading commissions by offering shareholders a particularly compelling story about why a stock’s fundamental value and the current price differ.

Of course it makes sense that firms with weaker governance would be covered by more analysts, since shareowners would be eager to monitor such firms more heavily. It is nice that what makes sense is actually happening; so often it isn’t.

This paper develops an ethical evaluation of pursuing the creation of shareholder value as the single ultimate objective of business firms. It rejects that there is a strict ethical duty not to pursue such policy. However, it defends the thesis that a firm that recognizes it has ultimate responsibilities not only towards its shareholders but also towards its staff will tend to create much wider possibilities of personal growth.

Elegido reviews the literature and uses logic to affirm that adopting a policy of creating value for shareowners as the ultimate objective of business decisions is not intrinsically immoral. However, distributing some responsibility between shareowners and employees promises richer environment for employees. It wasn’t as bold a statement as I was looking for. If we have entered a knowledge based economy, I would think the motivation for recognizing some duty to employees would also help satisfy a fiduciary duty to shareowners.

In the corporate finance tradition starting with Berle & Means (1923), corporations should generally be run so as to maximize shareholder value. The agency view of corporate social responsibility (CSR) generally considers CSR as a managerial agency problem and a waste of corporate resources, since corporate insiders do good with other people’s money. We evaluate this agency view using large-scale datasets with global coverage (59 countries) on firm-level corporate engagement and compliance with respect to environmental, social, and governance issues. Using an instrumental variable approach, we document that CSR ratings are higher for companies with fewer agency problems (using standard proxies such as having lower levels of free cash flow and higher dividend payout and leverage ratios). Moreover, certain aspects of CSR (e.g., environmental, labor and social protection) are associated with increased executive pay-for-performance sensitivity and the maximization of shareholder value.

The authors use public and proprietary data on corporate compliance and engagement to evaluate the prominent agency view against the value-enhancing view of CSR. They do not find empirical evidence that CSR is associated with ex ante agency concerns, such as abundance of cash and a weak connection between managerial pay and corporate performance. Rather, higher CSR performance is closely related to tighter cash and higher pay-for-performance sensitivity. In addition, firms in countries with better legal protection on shareholder rights receive higher CSR ratings. Moreover, CSR can counterbalance the negative effects of managerial entrenchment, and lead to higher shareholder value. Their empirical results suggest that good governance causes high CSR, and that a firm’s CSR practice is consistent with shareholder wealth maximization.

The Team Production Model as a Paradigm

This paper forms part of the proceedings for the 6th Annual Berle Symposium (2014), which focused on Margaret Blair and Lynn Stout’s 1999 Virginia Law Review article “A Team Production Theory of Corporate Law” (available at http://ssrn.com/abstract=425500). Blair and Stout suggested a few years after the publication of their 1999 article that their team production model was poised to emerge as part of a new corporate law “paradigm” in the sense that Thomas Kuhn deployed the term in his widely cited The Structure of Scientific Revolutions. This paper revisits Blair and Stout’s team production theory by offering a critique of this claim and in so doing draws upon key corporate law theories and trends to offer insights concerning their model.

I found the Cheffins paper an interesting read. While team production theory may not have become the dominant paradigm, it is great to see more attention paid to this 15 year old paper. Cheffins points to Ronald Gilson and Jeffrey Gordon who observed, with U.S. public companies “both activist and institutional shareholders must agree for a proposal to go forward.” Due to this “happy complementarity” a direct clash of interests between hedge fund activists and other shareholders should be the exception to the rule. The growing clout of hedge funds and pensions have helped to build the power of shareowners. “Directors of public corporations have had to treat shareholders as a priority in a way that team production theory does not countenance.”