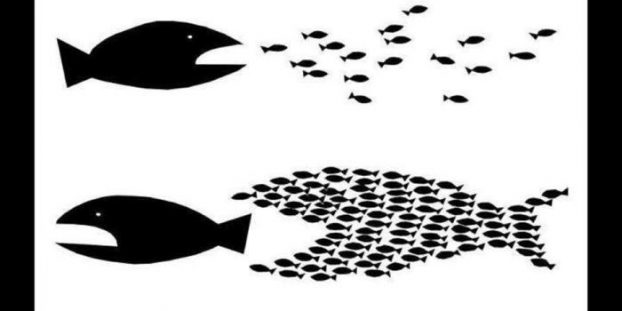 I think it was Dina Medland who got many of us in the #corpgov Twitter world, tweeting cartoons on Sunday (#cartoonsunday). These tweets and retweets get ‘read’ far more than most of our actual work-related efforts, certainly more than mine.

Thankfully, they offer a quick distraction and usually a hint of insight on the weekend when most have a little more time for reflection and sorting through priorities.

I don’t recall who posted the Mimi and Eunice cartoon (above) or when it was shared but it struck to the center of my work. As a government regulator for 30 years, democracy in government for me was often sitting around a huge table with industry representatives of the companies to be regulated, drafting legislation or regulations they could all agree on. Usually, there was one ‘public interest’ person from the Sierra Club, Planning and Conservation League, or similar nonprofit but they were usually carrying ten times the bill load as industry lobbyists, so frequently the knew very little about the bills or proposed rules.

My point is that democracy requires eternal vigilance and isn’t something that can be ‘obtained’ once and for all. Issues in need of analysis continue to arise; representatives and candidates must be evaluated. Elected officials must be monitored. A static government cannot be effective, especially in a world that increasingly moves at something closer to the speed of light.

The ignorance of one voter in a democracy impairs the security of all.  – John F. Kennedy, 1963

Voters turn out in large numbers every four to eight years to help decide who will be the president. In between times, too few pay attention but at least records are kept and there is a great deal of transparency in government with public records acts at multiple levels. It has taken a long time to get where we are. For example, it took decades to begin to approach in reality the ideals expressed in many of the words of our founders, such as “all men are created equal.”

Democracy in our corporate governance lags much further behind. Only about ten percent of retail shareowners typically bother to vote. Yet, we all know corporate governance impacts our earnings, the quality of our working lives and our government at all levels. Many of us worry about the direct influence that corporations have on our political democracy, especially after Citizens United. Over one million comments have been received by the SEC on a rulemaking petition to require companies to disclose political contributions (join us), yet the SEC appears afraid to move forward in the face of opposition from powerful groups wanting to defend the right of entrenched managers to hide their use of shareonwer money.

The top-right of my blog carries s constant reminder from Robert Monks and Nell Minow about corporate capture of government regulators and the fact that democratic corporate governance is broken:

Corporations determine far more than any other institution the air we breathe, the quality of the water we drink, even where we live. Yet they are not accountable to anyone. (Power & Accountability)

Michael R. Levin, who blogs as TAI: The Activist Investor, had an interesting post recently on the Agency Problem of the Board of Directors (pdf), discussing how

in many ways, directors work for executives, rather than investors. In their pursuit of their own interests, executives have become the principal, and BoDs their agent.

Levin’s paper is well worth reading.  Here’s one of the interesting graphics:

I hope to see commentary and followup to his ideas about strengthening the monitoring incentives between investors and directors. Of course, I’ve long pushed for proxy access, which creates a very strong link. I began with proposals allowing up to 48% of the board to be nominated by shareowners with the right to access the corporate ballot. But the weak form of proxy access that seems to be winning favor, and primarily at very troubled companies, often would allow for only one shareowner nominee. I’m not sure that will accomplish anything, since a director so elected might not even be able to get a second for a motion at a board meeting.

What individual investor has the time to monitor? Unless you have a very large investment in a company, monitoring probably isn’t worth your time, given how little impact you can have when acting alone. Many think they have solved this problem by funneling investments through institutional investors who owe us a fiduciary duty to vote and help govern in our ‘best interest‘ but who monitors those institutional investors?

In September 1995 I asked the Department of Labor if they had ever taken an enforcement action against a pension for breaching their fiduciary duty with regard to proxy voting. Their October 1995 response indicated there had been no such actions. I doubt that has changed nineteen years later.

Is it because no one cares? It seems more likely that it is just too hard to determine how our pension or mutual funds are voting. That data frequently isn’t made readily available and when it is, it is often in a format that isn’t very user friendly. For example, I asked my deferred compensation plan administrator to provide me with the proxy voting records of funds I was invested in. After months of requests and denials I finally got what amounted to a huge data dump of votes for individual funds at individual meetings. The data wasn’t arranged in chronological or alphabetical order, so wasn’t very useful. (California’s Savings Plus: Better Proxy Voting Disclosure Needed, Part I) 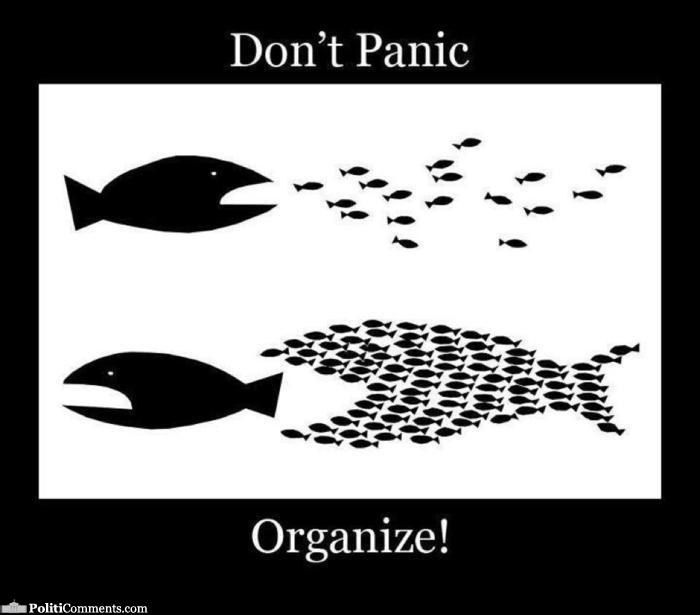 While it took many months to get proxy voting records from CalHR, my request to have them modify their contract to provide a link to proxy votes, like that provided by CalSTRS, seems to be going much quicker. At least they promised to get back to me in two weeks. One key was getting the California State Retirees to join in my request. Obviously, 35,000 people carry more clout than 1.

What will make people care enough about corporate governance and proxy voting to make a difference?  What can individual investors do to make our corporations and our funds more accountable? Please contact me with your ideas.