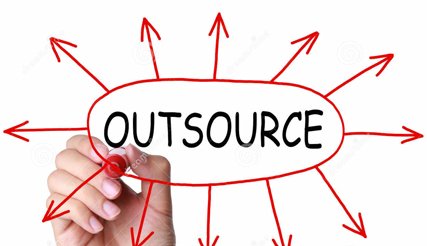 Based on a proposal discussed in a recent issue of the Stanford Law Review, this recent Economist article promotes outsourcing corporate boards as a solution to corporate governance failures of the type we have experienced historically. As proposed, outsourcing would consist of replacing individual directors with a new category of professional firms – identified as BSPs or Board Service Providers – that companies would retain to supply them with a “full complement of board members.” The article claims that, despite some reforms over the past decade, boards are (still) fundamentally flawed. Specifically, here is how the article characterizes boards:

Boards are almost exactly as they were a hundred years ago: a collection of grey eminences who meet for a few days a year to offer their wisdom. They may now include a few women and minorities. There may be a few outsiders. But the fundamentals remain the same. Board members are part-timers with neither the knowledge nor the incentives to monitor companies effectively. And they are beholden to the people they are supposed to monitor. Boards are thus showcases for capitalism’s most serious problems: they are run by insiders at a time when capitalism needs to be more inclusive and are dominated by part-timers at a time when it needs to be more vigilant about avoiding future crises.

I couldn’t disagree more. And I think a survey of GCs and Corporate Secretaries who interact with their boards on a regular basis would reveal a very different picture that is more comparable to what I myself experienced as GC & Corporate Secretary of two public companies, which is that – among other things – the vast majority of directors are appropriately engaged; hard-working; ethical; knowledgeable; responsive; thoughtful; intelligent; independently-minded while being sufficiently colloborative and respectful of management to forge a mutually beneficial (to the company) relationship; and use their tenure with the company appropriately to inform their current decision-making. And actual survey data (see numerous surveys posted in our “Corporate Governance Surveys” Practice Area) refutes the article’s rhetoric about directors devoting scant time to board matters. In addition, an outsourced board as proposed fails to take into account the importance of the mix of directors and associated ability to function well as a group – which is critical to an effective board.

See also Cydney Posner’s blog, where she raises a number of additional, legitimate concerns that would appear to undermine the proposal, including:

What Makes a Great Board?

This recently issued RHR International/NYSE Governance Services report reflecting the results of their poll of 300 directors about what factors make a great board appropriately challenges the often-exclusive focus on the attributes of individual board members and process – as opposed to the quality of boardroom dialogue and debate and other intangibles. While the attributes of individual directors are – of course – critical to an effective board, it’s possible to have a boardroom full of great directors, but an ineffective board due to their inability to function well as a group. To illustrate the point, the report quotes RHR’s global practice leader as noting that the directors of the boards of many of the top financial services companies that suffered in the 2008 financial crisis were “often composed of a ‘who’s who’ of highly accomplished business leaders. Yet, the whole in many cases was less than the sum of its parts. The way board members operate together, not who they are, is what differentiates a great board from an average one.” Having spent countless hours over the years in boardrooms observing how differently composed boards function while serving as GC & Corporate Secretary, I couldn’t agree more.

– Quality of boardroom dialogue and debate – 88%

– Ability to ask the tough questions of management – 77%

– Diversity of thought and experience – 62%

Top factors that undermine the making of a great board

– Lack of independence from management – 53%

Additional insights to board effectiveness include directors’ perceived importance of diversity of backgrounds & perspectives (as opposed to gender and racial diversity per se) and CEO evaluation/succession processes, and the need for continued focus on improved peer and self-evaluation processes. See our heaps of additional memos, surveys, checklists and other helpful resources posted in our “Board Composition” Practice Area.

Guest Post: Randi Val Morrison is Associate Editor of The Corporate Counsel.net, CompensationStandards.com and DealLawyers.com. She has approximately 20 years of experience as in-house counsel with publicly-traded companies, having most recently served as Senior Vice President, Legal, Secretary & General Counsel of DineEquity, and, prior to that, Senior Vice President, General Counsel & Secretary of CSK Auto Corporation.  This post originally appeared on The Corporate Counsel.net blog as Outsourcing the Board Isn’t Warranted or Remedial on August 28.   Publisher’s note: I added the graphics.

2 Responses to Outsourcing the Board Isn’t Warranted or Remedial