Charles P. “Chuck” Valdes and I first met when he was the President of the California State Employees Association (CSEA) in 1979 or the early 1980s. California state employees had just won collective bargaining rights.  I was advocating that CSEA affiliate with SEIU to increase solidarity between state and private employees. I was struck by his free use of an expense account. My suspicions only grew over the years as I learned how he loved to be wined and dined. Years later, as the ethics officer for my department, I attended an ethics training for CalPERS board members and executives. When told of one reporting requirement related to documenting the acceptance of gifts, Valdes openly said he would refuse to comply.

As the Sacramento Bee noted,

Valdes led a troubled private life, dogged by bankruptcies and assorted ethical problems, and he’d been linked to a massive bribery scandal when he retired from public service.

Valdes, who served for two decades on the governing board of CalPERS, died Sept. 2, the Sacramento County coroner’s office confirmed Monday. His death came a week after his housemate and domestic partner, Clarence Munson, was arrested on charges that he had deliberately injured the 74-year-old Valdes.

Munson’s lawyer, Roderick MacKenzie, said he believes Valdes’ death isn’t connected to the charges against Munson. He added that Valdes had been in poor health, with a heart condition and diabetes, and was found dead in a bathroom of their home in Carmichael.

Valdes spent 13 years chairing the CalPERS investment committee, while twice declaring personal bankruptcy. That was the last straw for me. I ran against him, noting that his outstanding debts included “$6,000 in federal income tax; $54,856 in state income taxes, interest and penalties; $23,808 in county property taxes, interest and penalties; and $18,254 in delinquent mortgage payments.” His annual salary was $92,448 as an attorney at the California Department of Transportation, so there seemed to be no excuse for his delinquency.

It was incongruous that a government employee, an attorney, in such a high position at CalPERS hadn’t paid property taxes on his house for 8 years. If the head of the Investment Committee wouldn’t pay his taxes, why should the public? Valdes gave all public employees a bad name. 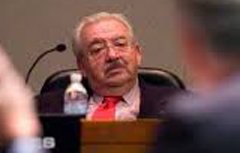 I pointed out to the Board that California’s Probate Code, section 15643(f), declares that “a vacancy in the office of trustee” exists whenever a trustee “files a petition for adjudication of bankruptcy or for approval of an arrangement, composition, or other extension under the federal Bankruptcy Code, or a petition filed against the trustee for any of these purposes is approved.”

Notwithstanding any other provisions of law or this Constitution to the contrary, the retirement board of a public pension or retirement system shall have plenary authority and fiduciary responsibility for investment of moneys and administration of the system

William Crist, then president of the CalPERS board, was quoted saying, “I wouldn’t want to connect dot to dot that his financial difficulties are related to his abilities to be a good fiduciary.” Robert Carlson, the longest serving CalPERS board member and Valdes ally said, “people can get into financial problems pretty easy. I don’t hold it against them.”

When CalPERS claimed the same Constitutional provision exempted them from following the law requiring public notice and a specified process for rulemaking, I filed a complaint with the Office of Administrative Law and obtained a determination agreeing with me, CalPERS was not exempt from the law.

Chuck Valdes’ refusal to pay taxes and that determination were symbolic of what went wrong at CalPERS. Too many Board members considered themselves above the law. At one point in his career, he dismissed concerns about investment policy and the governor’s representative’s complaint over open meeting violations with an ethnic slur. A bipartisan demand came from 24 members of the state Assembly that Valdes resign. He didn’t.

After I ran for the Board another time, they passed a rule aimed at silencing critics. In a decision sweeping in its arrogance and disregard for First Amendment speech rights, the Board voted 9-4, including Valdes, to restrict ballot statements to “a recitation of the candidate’s personal background and qualifications” — and nothing more. Incredibly, board members even voted to delete a staff proposal that would have allowed ballot statements to include “candidates’ opinion or positions on issues of general concern to the system’s membership.”  Fortunately, the Sacramento Bee ran an editorial CalPERS muzzles critics: Ballot rules protect board, keep others in the dark, which led the Board to drop the rule before it was finalized.

While I am sorry to learn of his death, I am also disheartened that investigators will probably never find half his misdeeds at CalPERS. Let’s hope the age of entitlement and disregard for the law among CalPERS board members has ended. Unfortunately, revelations – although of more minor pedestrian abuses – continue. 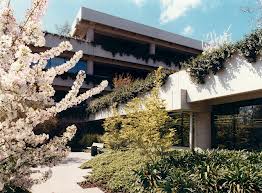 For generations, the only substantive information going out to CalPERS members about candidates came from their associations and unions. Such organizations should certainly play a role but they shouldn’t dictate. Several years ago I personally paid to rent space for an initial CalPERS candidate forum. Later CalSTRS allowed me use of their auditorium. More recently, Forums have been sponsored by CalPERS and are now held in the CalPERS Auditorium.

The latest CalPERS candidate forum is tonight, September 16th. If you live near Sacramento, maybe I will see you there. In addition, after urging them to do so for more than 25 years, the Sacramento Bee finally endorsed a candidate. As Nell Minow once said of corporate boards, ”they behave differently when they are observed and my job is to let them know that I’m observing them.” I doubt either the Forum or the Bee’s endorsement will have a deciding impact, but these interventions are a start, letting the board know they are being observed and marking the end of the Valdes era.