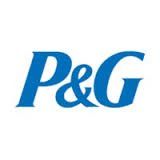 Procter & Gamble Company (PG), which manufactures and sells branded consumer packaged goods, is one of the stocks in my portfolio. Their annual meeting is coming up on 10/14/2014. ProxyDemocracy.org had collected the votes of three funds when I checked on 9/20/2014.  I voted with management 44% of the time and assigned them a proxy score of 44.  View Proxy Statement. Read Warnings below. What follows are my recommendations on how to vote the Proctor & Gamble 2014 proxy in order to enhance corporate governance and long-term value.

From Yahoo! Finance: The Procter & Gamble Company’s ISS Governance QuickScore as of Oct 1, 2014 is 2. The pillar scores are Audit: 1; Board: 1; Shareholder Rights: 2; Compensation: 4. Brought to you by Institutional Shareholder Services (ISS). Scores range from “1” (low governance risk) to “10” (higher governance risk). Each of the pillar scores for Audit, Board, Shareholder Rights and Compensation, are based on specific company disclosures. That gives us a quick idea of where to focus.

Procter and Gamble Summary Compensation Table shows the highest paid named executive officer (NEO) was CEO and Chairman A.G. Lafley, at about $19.5M.  I’m using Yahoo! Finance to determine market cap ($227B) and Wikipedia’s rule of thumb regarding classification. Procter & Gamble is a mega-cap company.  According to Equilar (page 6), the median CEO compensation at large-cap corporations was $10.1 million in 2013, so Procter & Gamble’s pay is well above that. I’m not going to give that much credit for being a mega-cap. Procter & Gamble’s shares underperformed the S&P 500 over the most recent one, two and five year periods, sometimes substantially. For example, while the S&P 500 went up about 83% in the last five years, Procter & Gamble went up only 46%.

The GMIAnalyst report I reviewed gave Procter & Gamble an overall grade of ‘C.’ According to the report:

Given the high pay and poor performance, I voted against the stock plan, pay package and the members of the compensation committee: W. James McNerney, Kenneth I. Chenault Jr., Scott D. Cook, Margaret C. Whitman, and Mary Agnes Wilderotter.

Procter & Gamble Board of Directors

As indicated above, I voted against members of the compensation committee. I am also concerned that more than 60% of the board is over 60 years old and the same percentage serves on three boards. Ideally, I’d like to see that a bit lower.

As you Sow, representing the Roddenberry Foundation, submitted a proposal to requesting that the board of directors issue a report at reasonable cost, omitting confidential information, assessing the environmental impacts of continuing to use unrecyclable brand packaging. The board opposes the measure in light of their “extensive efforts to ensure responsible and sustainable packaging.” Sure, they are moving. Let’s move faster.

NorthStar Asset Management submitted a proposal requesting “that the Board of Directors report to shareholders annually at reasonable expense, excluding confidential information, a congruency analysis between corporate values as defined by P&G’s stated policies (including our Purpose, Values and Principles, nondiscrimination policy, and Long-Term Environmental Sustainability Vision) arid Company and P&G GGF political and electioneering contributions, including a list of any such contributions occurring during the prior year which raise an issue of misalignment with corporate values, and stating the justification for such exceptions.” Although Procter & Gamble’s disclosure regarding its political contribution policies, initiatives, and oversight may be slightly more robust than most, NorthStar’s request is very reasonable.”

Writing for the court in the 5-4 decision in Citizens United, Judge Kennedy opined:

With the advent of the Internet, prompt disclosure of expenditures can provide shareholders and citizens with the information needed to hold corporations and elected officials accountable for their positions and supporters. Shareholders can determine whether their corporation’s political speech advances the corporation’s interest in making profits, and citizens can see whether elected officials are ‘in the pocket’ of so-called moneyed interests.

Of course, disclosure is the critical element Kennedy assumed but which is missing. Companies are not required under current law to report or account for their soft money political donations or their payments to trade associations and other tax-exempt organizations, such as “social welfare” 501(c)(4) groups, that are actually used for political purposes. If Procter & Gamble is really doing such a great job, a congruency analysis should be a snap. How do we know if Procter & Gamble is making contributions in our interest if they don’t disclose. This would be a small step in the right direction.

Mark your Calendar to Submit Future Proposals at FedEx

It is anticipated that the 2015 annual meeting of shareholders will be held on Tuesday, October 13, 2015. Pursuant to regulations issued by the SEC, to be considered for inclusion in the Company’s proxy statement for presentation at that meeting, all shareholder proposals must be received by the Company on or before the close of business on May 1, 2015. Any such proposals should be sent to The Procter & Gamble Company, c/o Secretary, One Procter & Gamble Plaza, Cincinnati, OH 45202-3315.