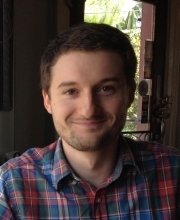 Carl Gershenson – “Protecting Markets from Society: Non-Pecuniary Claims in American Corporate Democracy” forthcoming in Politics & Society looks at the role of the state as ‘market protector.’ Protecting us from inside trading, pump and dump schemes, policing market players? Yes, that may be the primary duty of agencies such as the SEC. However, Gershenson turns our attention to a very important secondary duty – “protecting the market from disruptive challengers so that corporations may operate as if markets were autonomous.”

As we have seen in The Rise and Fall of Homo Economicus: The Myth of the Rational Human and the Chaotic Reality and the Economics of Good and Evil: The Quest for Economic Meaning from Gilgamesh to Wall Street, people are not rational robots.We bring all our values to the markets, including non-pecuniary motives and claims. Or at least we could if the state didn’t channel our behavior so that corporate governance is focused on narrow, profit-oriented interests.

The corporate governance industrial complex is heavily influenced by economists, most of whom assume the primacy of profit-orientation among market actors. The state acts as a ‘market promoter’ by incentivizing investment, granting enforceable rights to monitor against agency costs, and granting revenue rights. We want the state to promote markets in order to discourage unproductive hoarding.

Stronger rights mean that a greater percentage of national wealth should be held in [more productive] corporate equities.

Focusing exclusively on economic return ignores investors who are at least partially attracted to the ability to influence other ends. Perhaps these motives are most easily seen in ‘socially responsible‘ investors who seek to use their property rights for social good. However, it can also be seen in those who more broadly want status or power over business, politics, and society for whatever reasons. The CEO or board giving corporate funds to their favorite charity or politician isn’t necessarily acting in a way most of us would associate with socially responsible investing. For example, the Koch brothers are not widely seen as socially responsible investors but they are concerned with more than just making money.

Against such complex people, with all the motives of human beings, the state acts as a ‘market protector’ by favoring a profit orientation over other concerns, allowing exceptions primarily when not doing so would invite social unrest. Gershenson argues that ‘autonomous’ markets “require continuous state intervention in the affairs of corporations” to keep them safe from the demands of society. State managers take a longer and wider view of the economy than most businesses. (Are we in danger of losing this statesman-like view as politicians increasingly concentrate on fundraising and the next election? How far as this dysfunctional mode crept into bureaucracies?)

Thus the state’s ‘stabilizing hand’ should not be confused as a preference for stasis, but rather for mediated change.

After its founding, the SEC was largely a champion of shareholder rights, requiring companies to include proposals on any ‘proper subject’ in the proxy. The idea was to “approximate the conditions of the old-fashioned meeting.” The SEC even took Transamerica to court in 1947 for refusing to place proposals by the famous Gilbert brothers on their proxy. That was the only time the SEC has ever gone to court to protect the rights of shareholders to place a measure on a corporate proxy.

From that high-point, the SEC began chipping away at shareholder rights with regard to the proxy. The rules were amended so those shareholder proposals could only target issues directly related to the corporation. When grey areas arose, such as a 1951 proposal to consider the advisability of abolishing Greyhound’s segregated seating system in the South, the SEC insulated management from proposals motivated by a ‘general’ cause, even if the proposal concerned issues directly related to the corporation.

Then came the ‘ordinary business rule,’ allowing exclusion of proposals concerned with day-to-day business decisions, followed by and other exclusions.

Corporate democracy was transformed from the formal equivalent of open-ended face-to-face meetings to the right to propose profit-oriented general strategies.

When the viability of the entire system came into question, some back-peddling was warranted. The “SEC embraced a more robust version of corporate democracy that acknowledged both profit-oriented and values-oriented investors” after Watergate, helping to ‘re-legitimate both the state and market,” writes Gershenson.

A primary mechanism was enhanced disclosure requirements and a management obligation to make public all ‘material’ information that might influence stock prices or influence a corporate election – any fact “that a reasonable stockholder would want to know.” Bribes to foreign officials and ‘slush funds’ for ‘questionable payments’ had destroyed the reputation of the business community. Commissioners were afraid the public would become disenchanted with capitalism and disclosure was embraced.

However, once markets were stabilized, more expansive interpretations of ‘materiality’ began to be seen as unnecessary intrusions. Gershenson reviewed historical documents and found that Commissioner Garret asserted that he only objected to corporate immorality that “might be expensive to investors.” The SEC, he said, was indifferent as to how “the corporation treats the rest of the world.”

President Reagan’s SEC excluded shareholder proposals that concerned “operations which account for less than five percent of the issuer’s gross assets” and disqualifying proposals from shareholders unless they owned at least $1,000 of common stock for at least a year. Proposals must stem from economic motives; that was the clear philosophy.

However, the post-Cracker Barrel SEC has accepted the untenability of enforcing a bright line between the market and society. The bright-line was removed in 1998 when the SEC announced it would return to a case-bey-case approach regarding when social policy issues fall within the scope of the ‘ordinary business’ exclusion.

Gershenson sees the court as “more likely to balance ‘non-economic perspectives in rulings on shareholder rights’ than specialists at the SEC concerned with market-making.” Perhaps we need to look more to the courts to require disclosure of political spending? Gershenson also reminds us that:

Legal definitions of fiduciary duty also serve to reinforce market/society boundaries by keeping many of the largest institutional investors from making non-pecuniary claims on the corporation … Fund managers must primarily focus on fund performance.

Therefore, real change is unlikely to come from fund managers either. As Gershenson sees it:

Due to the extreme power inequalities in corporate suffrage, broader disclosure requirements would likely do more to democratize corporate governance than enhanced proxy access.

As I have discussed in Review: The Shareholder Value Myth, we need to change the prudent man standard of ERISA and make use of the 3rd Restatement of Trust Law to determine an asset’s ‘special relationship’ or ‘special value,’ if any, to the purposes of the trust or to one or more of the beneficiaries. That may not put fund managers on the vanguard but it might help to keep them from eliminating all thought of non-pecuniary concerns.

Gershenson also places some of his hopes in benefit corporations, as a “legal form that fully embraces embeddedness.” Since there is no mandate that public companies ‘maximize shareholder value,’ except on sale, I’m not sure that is necessary. Either way, I am in complete agreement with Gershenson’s assertion that:

the state must be an active gatekeeper. As financial economists argue, robust stock markets are premised on the state’s establishment of a strong set of shareholder rights … the extent to which these shareholder fights represent general, social rights or narrow, profit-oriented rights has largely been a function of political contestation over state policy.

I would like to see those rights broaden substantially. Shareholders, acting as shareowners, should be able to demand that corporate directors and fund managers represent their interests as full human beings, not simply as imaginary rent-seeking robots. If that ever happens, maybe future shareowners will spend at least as much time on corporate governance as they do now on market timing and stock picking. When that day comes – if that day comes – we will transform the corporation’s pathological pursuit of profit and power, as pictured in its most vivid form by Joel Bakan, into more fully developed mediating structures that help individuals reshape our world into one which is not only more productive but also more salubrious.

Carl Gershenson does a great service by exposing the state’s role, especially the SEC’s role, in protecting the myth of autonomous markets. When our conception of markets and economics are seen as social constructs, it becomes clear that we also have the power to reconstruct those realities to better serve all of nature, including humankind.