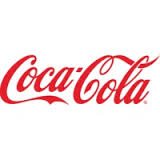 The Coca-Cola Company recently announced it would change its equity compensation plan, bowing to pressure from Wintergreen Advisers and other investors who saw the plan as harmful to Coca-Cola shareholders.

With its announcement, Coca-Cola finally conceded that the equity compensation plan it put to a vote of shareholders in April was outrageously excessive and inconsistent with past plans. This has been Wintergreen Advisers’ publicly expressed view since we first read Coca-Cola’s proxy statement in March of this year.

To discuss this news and what it means for the future of Coca-Cola, David Winters, CEO of Wintergreen Advisers, appeared on Fox Business Network with Maria Bartiromo.

The firm was founded by David J. Winters, who has 30 years of experience in investment advisory services, including management of registered investment companies. David Winters is the firm’s Chief Executive Officer, and is Portfolio Manager of the Wintergreen Fund.

While this is an improvement, see Coca-Cola’s announcement that cuts back stock grants for long-term awards and ties remuneration more closely to performance, more is needed. May I remind readers that I voted against the pay plan, stock plan and members of the compensation committee: Maria Elena Lagomasino (chair), Ronald W. Allen, Alexis M. Herman, James D. Robinson III. I still think Things Go Better With a Split CEO/Chair and I’d refresh the board.