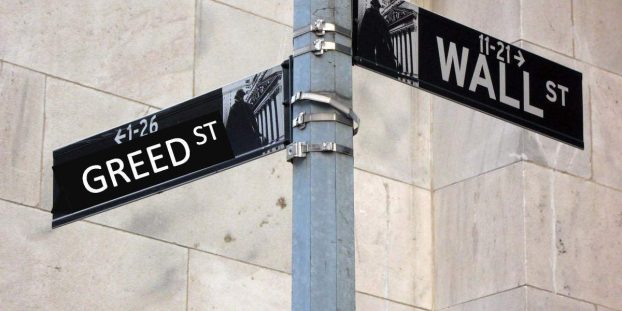 Entrenched corporate elites may need to up their public opinion game. Robert Monks and Nell Minow are near the top of their attack list. (Shareholder crusaders Monks and Minow speak out) Having been sued several times for having the audacity to make recommendations to boards via shareowner proposals, I’m on there too. (see EMC v. John Chevedden and James McRitchie: Case Dismissed, as well as Deal Professor Equates Filing Proxy Proposals with Terrorism) Of course, proxy advisors, such as ISS and Glass Lewis are at the top for frequently advising clients to vote in favor of shareowner proposals and against those of management. Research now indicates, public opinion may be next.

Many in the corporate elite hate Institutional Shareholder Services (ISS), Glass Lewis and other proxy advisors for their ability to sway proxy votes in a manner unfavorable to managers and boards. Proxy advisors have been under attack by the Business Roundtable and the U.S. Chamber of Commerce since Dodd-Frank was passed in 2010. According to Robert A. G. Monks, “Protecting the absolute power of CEOs to set their own pay seems to be what the coalition is all about.” However, research indicates the Influence of Public Opinion on Investor Voting and Proxy Advisors is even more influential. Will the public or public opinion be their next target?

It is easier to blame relatively defenseless shareowners and proxy advisors than it is to go after the entire American public but as income disparity continues to grow and the middle class disappears, a more extensive propaganda machine may be needed to help American elites retain their power.

The U.S. Chamber of Commerce, National Association of Corporate Directors (NACD), American Petroleum Institute, American Insurance Association, Financial Services Roundtable and others petitioned the SEC to make it much more difficult for shareowners to submit proxy proposals. Although they don’t specify an exact threshold, they favorably cite Commissioner Daniel M. Gallagher’s remarks that $2,000 held for a year isn’t enough. “The threshold should be substantially more, by orders of magnitude:  perhaps $200,000 or even better, $2 million,” he said. He went on to say shareowners should hold a certain “percentage” (not a fraction of a percentage) of a company’s common stock to be eligible to submit a proposal, so for Apple that might mean almost $6 billion at a minimum 1%.

Renee Aggarwal, Isil Erel and Laura T. Starks, Influence of Public Opinion on Investor Voting and Proxy Advisors (August 6, 2014, Georgetown McDonough School of Business Research Paper No. 2447012; available at SSRN) found that investors have been “voting less with the recommendations of management or proxy advisors.” In contrast,

public opinion on corporate governance issues, as reflected in media coverage and surveys, is strongly associated with investor voting, particularly mutual fund voting. In addition, even proxy advisor’s recommendations are associated with public opinion… media coverage captures the attention of proxy advisors, institutional investors and individual investors, and is thus reflected in recommendations and votes.

The researchers looked at each proxy proposal for each firm in the Russell 3000 Index for the period January 2004 through November 2010. They looked not only at voting records and ISS recommendations but also media coverage of executive compensation, as well as Gallup surveys of public opinion.

A few highlights from their article are as follows:

Our results suggest that public opinion, as measure through either Gallop Poll survey or media coverage at the aggregate and firm level, influences shareholder voting. The implications of these results are that financial intermediaries, such as mutual funds, pay attention to the shareholders’ preferences regarding corporate governance. These results hold even after controlling for the recommendations of the proxy advisor.

Who Will Sway Public Opinion?

Since the root driver of votes against management and in favor of proposals by shareowner activists now appears to be public opinion, will companies go after the general public next? If so, they can’t do it by taking the public to court or recommending regulations against certain public thoughts. Instead, we are likely to see a surge in propaganda that incorporates audio, video and images.

The now defunct MoxyVote once produced a great little video clip on the power of shareowners banding together. Of course, the power of MoxyVote was the fact that growing numbers of investors announced their votes in advance. Investors can’t hope to win in the court of public opinion unless their own opinions are announced before most decide how to vote… or perhaps more importantly for retail shareowners… before they toss their proxy. Doing so through ProxyDemocracy.org and then announcing on Twitter would certainly be a start.

Coca Cola’s 2014 proxy was full of fun graphics and a say-on-pay proposal that even Warren Buffet was silent on. Management was initially successful but the stock value has more recently plunged. Will future proxies contain video clip supplements, explaining each issue from management’s perspective? Certainly, with say-on-pay we have seen how management has largely been successful in improving the “optics” of pay, while at the same time increasing their own total pay packages. See Does Shareholder Scrutiny Affect Executive Compensation? Evidence from Say-on-Pay Voting. ‘Live’ tweeting companies become top influencers during earnings reports that influence carries over to other opinion battles.

Can boards continue to sway public opinion while attacking commonly held values? Corporate governance will more and more be a battle for public opinion.

Pay it Forward for the World of 2025
Symantec Corporation SYMC: Proxy Score 55