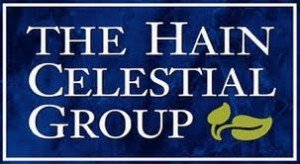 The Hain Celestial Group, Inc. (NASD:HAIN), which manufactures, markets, distributes, and sells organic and natural products, is one of the stocks in my portfolio. Their annual meeting is coming up on 11/20/2014. ProxyDemocracy.org had collected the votes of two funds when I checked on 11/18/2014. Sorry for the late post. Today is the last day to vote online. I voted with management 14% of the time and assigned them a proxy score of 14.  View Proxy Statement. Read Warnings below. What follows are my recommendations on how to vote the HAIN 2014 proxy in order to enhance corporate governance and long-term value.

From Yahoo! Finance: The Hain Celestial Group, Inc.’s ISS Governance QuickScore as of Nov 1, 2014 is 9. The pillar scores are Audit: 1; Board: 7; Shareholder Rights: 3; Compensation: 10. Brought to you by Institutional Shareholder Services (ISS). Scores range from “1” (low governance risk) to “10” (higher governance risk). Each of the pillar scores for Audit, Board, Shareholder Rights and Compensation, are based on specific company disclosures. That gives us a quick idea of where to focus… pay and the board.

Hain Celestial Group Summary Compensation Table shows the highest paid named executive officer (NEO) was CEO and Chairman Irwin D. Simon, at about $11.2M.  I’m using Yahoo! Finance to determine market cap ($5.4B) and Wikipedia’s rule of thumb regarding classification. Han Celestial is a mid-cap company.  According to Equilar (page 6), the median CEO compensation at mid-cap corporations was $4.9 million in 2013, so Hain Celestial’s pay is well above that, even factoring for inflation. To its credit, Hain Celestial shares outperformed the NASDAQ over the most recent one, two and five year periods, sometimes substantially.

The GMIAnalyst report I reviewed gave Procter & Gamble an overall grade of ‘D’ and an ‘F” for pay. According to the report:

I voted against the pay, bonus and stock plans (too much going to NEOs, not enough to other employees) and the members of the compensation committee.

Hain Celestial Group Board of Directors

As indicated above, I voted against members of the compensation committee. I am also concerned that more half the board members have served 12 years or more and that, after this election, none of the directors will be minorities. Given these issues, I joined with Calvert and Trillium in voting against the board.

I voted to ratify the auditor since less than 25 percent of total audit fees paid are attributable to non-audit work.

Stockholder proposals intended to be included in the Proxy Statement relating to our 2015 Annual Meeting of Stockholders pursuant to Rule 14a-8 under the Exchange Act (“Rule 14a-8”) must be in writing addressed to the Corporate Secretary of the Company and delivered to the Corporate Secretary at our principal executive offices, no later than June 12, 2015, and must otherwise comply with Rule 14a-8.