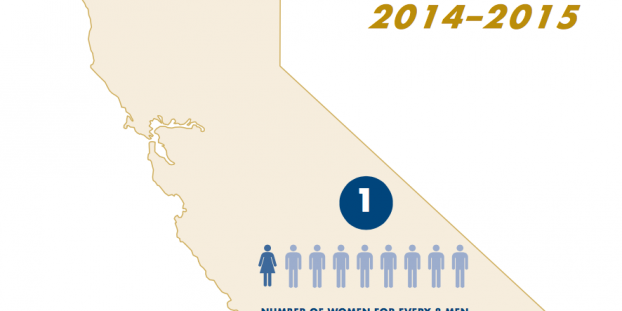 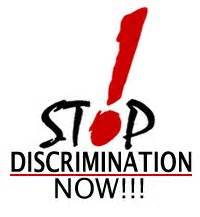 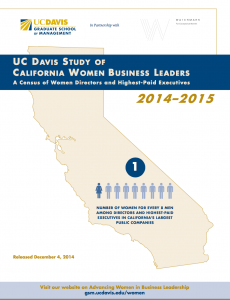 The rewards of corporate leadership accrue faster for men. Not only do women hold just one in nine of the executive and board positions in California’s top 400 public companies, an annual University of California, Davis, study shows that that the women in top executive roles are not being promoted to the highest levels, and earn less than their male counterparts.

Overall, women hold 11.5 percent of the highest-paid executive positions and board seats in the state’s 400 largest public companies — a 0.6 percent increase over last year, according to the UC Davis Study of California Women Business Leaders. The UC Davis Graduate School of Management has found an essentially flat trend line during the decade it has tracked the representation of women in these key decision-making roles. Together, the 400 companies represent more than $4.5 trillion in stock market value, up more than 30 percent over last year.

Only two companies, organic food maker Annie’s Inc. of Berkeley and upscale kitchen and cookware retailer Williams-Sonoma of San Francisco, have equal numbers of women and men in top executive positions and board seats. Annie’s was acquired by General Mills, Inc. (GIS), so they are no longer a California company. Said Ann Huff Stevens, dean of the management school:

We cannot grow impatient. Not yet. The ‘Lean In’ movement has highlighted the need to encourage and assist more women to take a seat at the table. Careful and ongoing monitoring of firms’ and women’s progress can help sustain this momentum. Advocacy groups can provide women with the skills and connections they need to be prepared for leadership roles. Education on and communication of the facts about the status of women in corporate America are critical.

Among the 400 public companies, the top 25 firms identified in the study with the greatest gender diversity among executives and board members reported annual revenue and net income more than double that of the average company in the study. Only two companies have appeared in the study’s Top 25 list for eight consecutive years: AMN Healthcare Services Inc. and bebe stores inc.

Of the 400 companies, only 14 have women CEOs, up marginally from 11 in 2006. Among all highest-paid executives at the companies, the median value of annual compensation for men was nearly $1.8 million. The median for women trailed by nearly half a million dollars at $1.3 million, or about 74 percent that of men. The difference appears to represent more women serving in roles with lower compensation levels, rather than women receiving lower compensation in the same role. The positions with the highest median compensation among men and women — such as CEO, division CEO or president, executive director and president — show the lowest percentages of women.

The study is the only one of its kind to focus on gender diversity in the boardrooms and executive suites of corporate California. It was cited in September 2013 in a state resolution passed by the California Legislature calling for more women leaders in public companies, the first such resolution of its kind in the United States.

Senate Concurrent Resolution 62, authored by Sen. Hannah-Beth Jackson, is not binding, but sends a powerful message encouraging public companies to add more women to their corporate boards over the next three years. The UC Davis study shows that the percentage of the 400 largest public companies in California companies in compliance with SCR-62 increased from 12 percent in September 2013 to 16 percent by the end of the latest fiscal year, December 2013.

Last year’s study found the average top 25 firms (which had 25+% women at upper levels) made three times as much revenue and almost 50% more net income than the average company in the study (which had 10.9% women). After reading the study, I took the plunge, investing in ten of the top 25 California companies with the highest percentage of women leaders. I’m glad I did. I hope everyone will invest in women. YTD returns (as of last week) are as follows:

I just printed out the page with the top 63 Largest Public Companies in California Ranked by Percentage of Women Directors and Executive Officers.  I’ll probably pick a few more, preferably headquartered in the Bay Area where it will be easier for me to attend AGMs.

Among the findings in this year’s UC Davis study:

The study tracks the members of the boards of directors and the five highest-paid executives for each company as reported to the Securities and Exchange Commission. The study examined filing data available as of Aug. 31, 2014. The 400 companies were selected based on market capitalization.

To publish the study, UC Davis partners with Watermark, a Bay Area-based nonprofit that offers programs for executive women. According to Marilyn Nagel, CEO of Watermark:

What is different this year is that women are not quietly allowing these inequalities to continue without raising our voices both individually and collectively. We are getting true support from male champions who recognize gender balance at the top and in the boardroom is a business imperative. Momentum is gathering, and collectively we are letting companies in California know that we will not be discounted or disregarded.

To download the full  study, including industry-by-industry and county-by-county statistics, and the UC Davis database of the 400 companies and executive compensation, visit the UC Davis Graduate School of Management’s “Women in Business Leadership” website. Congratulations to all involved, especially the study’s author, Amanda Kimball, Graduate School of Management.

About the UC Davis Graduate School of Management

Dedicated to preparing innovative leaders for global impact, the UC Davis Graduate School of Management is consistently ranked among the premier business schools in the United States and internationally. The school’s faculty members are globally renowned for their teaching excellence and pioneering research in advancing management thinking and best practices. With prime locations in Northern California’s economic hubs, the school provides a bold, innovative approach to management education for Full-Time MBA students and Master of Professional Accountancy students at the UC Davis campus, and Part-Time MBA students in Sacramento and the San Francisco Bay Area.

Watermark is a Bay Area-based nonprofit that offers programs for executive women in a trusted environment where members come together as business advisers to problem solve, network and grow. Watermark’s Board Access Program ensures that our participants have the background and experience to be the best-qualified, and have the connections needed to obtain board seats.