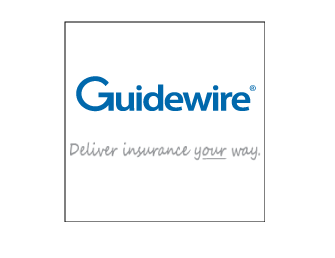 Guidewire Software Inc ($GWRE), which provides software products for property and casualty insurers, is one of the stocks in my portfolio. Their annual meeting is coming up on 12/4/2014. ProxyDemocracy.org had collected the votes of two funds when I checked and voted on 12/1/2014. Sorry for the late post. Tomorrow is the last day to vote online. I voted with management 33% of the time and assigned them a proxy score of 33.

View Proxy Statement. Read Warnings below. What follows are my recommendations on how to vote the Guidewire Software 2014 proxy in order to enhance corporate governance and long-term value.

From Yahoo! Finance: Guidewire Software, Inc.’s ISS Governance QuickScore as of Nov 1, 2014 is 5. The pillar scores are Audit: 1; Board: 3; Shareholder Rights: 8; Compensation: 4. Brought to you by Institutional Shareholder Services (ISS). Scores range from “1” (low governance risk) to “10” (higher governance risk). Each of the pillar scores for Audit, Board, Shareholder Rights and Compensation, are based on specific company disclosures. That gives us a quick idea of where to focus… shareholder rights and pay.

Guidewire is a small-cap company.  According to Equilar (page 6), the median CEO compensation at small-cap corporations was $2.7 million in 2013, so Guidewire’s pay is well above that, even factoring for inflation. To its credit, Guidewire shares outperformed the NASDAQ over the most recent two, five and ten year periods, while falling considerably short over the most recent one year period.

The GMIAnalyst report I reviewed gave Guidewire an overall grade of ‘C.’ According to the report:

Like both funds reported on ProxyDemocracy.org, I voted against the pay package.  I also voted against all members of the compensation committee, since they recommended and excessive amount, insufficiently related to performance. Committee members running for the board include: Andrew Brown and Craig Conway.

Guidewire Board of Directors

As indicated above, I voted against members of the compensation committee. The company has a classified board, contrary to 68% of the S&P 1500. Additionally, the board has not adopted a full majority director election standard, greatly limiting the ability of company shareholders to hold members of the board accountable in uncontested elections. Majority voting has been widely adopted in the United States. More than 75% of the S&P 1500 have adopted majority or plurality plus voting standards with resignation policy. Guide wire Software’s board is also flagged for gender diversity concerns. Studies have shown that companies with too few female directors tend to be less effective and even underperform those whose boards are more diverse. Therefore, I joined with Calvert and CBIS in withholding my vote from Mr. Weatherford.

I voted to ratify Guidewire’s auditor, KPMG LLP, since less than 25 percent of total audit fees paid are attributable to non-audit work.

CorpGov Recommendations for Guidewire – Votes Against Board Position in Bold

Issues for the Future at Guidewire

Mark your Calendar to Submit Future Proposals at Guidewire

To be included in our proxy statement for the 2015 annual meeting, stockholder proposals must comply with the requirements of Rule 14a-8 under the Securities Exchange Act of 1934 and be received by our Secretary at our principal executive offices no later than July 2,2015, which is one hundred twenty (120) calendar days before the one-year anniversary of the date on which we first released this proxy statement to stockholders in connection with this year’s annual meeting.