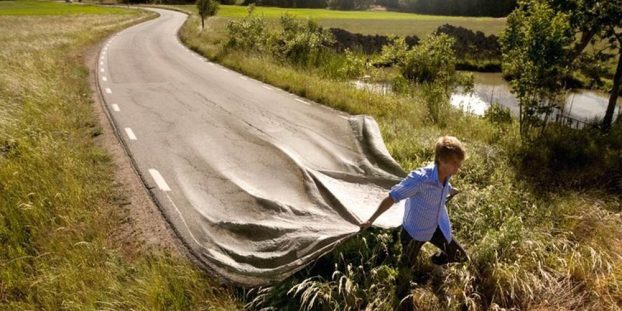 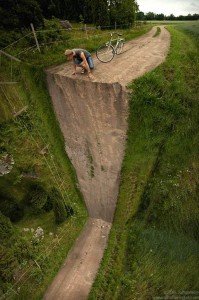 … If the stockholder is to regard himself as a continuing part-owner of the business in which he has placed his money, he must be ready at times to act like a true owner and to make the decisions associated with ownership. If he wants his interests fully protected he must be willing to do something of his own to protect them. This requires a moderate amount of initiative and judgment.  – Benjamin Graham and David Dodd, Securities Valuation, 1934

The most fundamental means for shareholders to act like true owners is to help decide who will represent their interests on the board of directors. It is not so much independent directors that shareowners want, but directors who are dependent on our vote – accountable to us, not to the corporate managers they oversee on our behalf.  Obtaining the right to proxy access has been a long and perilous road.

On December 1, 2014, SEC staff effectively cut the road, giving a free pass to every group of entrenched board members and managers that seeks to prevent proxy access and direct accountability to shareowners.

In 1977 the SEC held a number of hearings to address corporate scandals. At that time, the Business Roundtable (BRT) recommended amendments to Rule 14a-8 that would allow access proposals, noting such amendments

… would do no more than allow the establishment of machinery to enable shareholders to exercise rights acknowledged to exist under state law.

The right to pursue proxy access at any given company was uncontroversial. In 1980 Unicare Services included a proposal to allow any three shareowners to nominate and place candidates on the proxy. Shareowners at Mobil proposed a “reasonable number,” while those at Union Oil proposed a threshold of “500 or more shareholders” to place nominees on corporate proxies.

One company argued that placing a minimum threshold on access would discriminate “in favor of large stockholders and to the detriment of small stockholders,” violating equal treatment principles. CalPERS participated in the movement, submitting a proposal in 1988 but withdrawing it when Texaco agreed to include their nominee.

Early attempts to win proxy access through shareowner resolutions met with the same fate as most resolutions in those days – they failed. But the tides of change turned. A 1987 proposal by Lewis Gilbert to allow shareowners to ratify the choice of auditors won a majority vote at Chock Full of O’Nuts Corporation and in 1988 Richard Foley’s proposal to redeem a poison pill won a majority vote at the Santa Fe Southern Pacific Corporation.

In 1990, without public discussion or a rule change, the SEC began issuing a series of no-action letters on proxy access proposals. The SEC’s about-face was probably prompted by fear by powerful boards and CEOs that “private ordering,” through shareowner proposals, was about to begin in earnest.

The AFL-CIO and AFSCME were among groups who continued to fight for proxy access. In August 1, 2002, Les Greenberg and I filed a petition for a rulemaking to once again grant proxy access.

Tensions over the SEC’s giant leap backward rose until AFSCME v AIG (2006). That case involved a 2004 bylaw proposal submitted by AFSCME to the American International Group (AIG) requiring that specified nominees be included in the proxy.  AIG excluded the proposal after receiving a no action letter from the SEC and AFSCME filed suit.

The court ruled the prohibition on shareowner elections contained in Rule 14a-8 applied only to proposals “used to oppose solicitations dealing with an identified board seat in an upcoming election” (also known as contested elections). The SEC subsequently adopted a rule banning proposals aimed at prospective elections but, after three attempts, adopted both a widely discussed federal mandate in Rule 14a-11 and less discussed amendments to Rule 14a-8(i)(8) to allow access through private ordering.

On July 22, 2011, the U.S. Court of Appeals for the D.C. Circuit issued a decision in the case of Business Roundtable and Chamber of Commerce v. Securities and Exchange Commission, which vacated Rule 14a-11, the SEC’s shareholder access rule. Amendments to Rule 14a-8(i)(8), allowing shareowners to submit access proposals company-by-company basis remained.

Once private ordering was allowed again, we were in some sense back in the period of the 1970s and 1980s in that language had to be carefully crafted to get through the SEC no-action process and to win the endorsement of proxy advisors and other influential bodies.

After several years of experimentation, most investors settled on model access proposals that closely conformed with the conditions outlined in the SEC overturned Rule 14a-11. In August 2014 the CFA Institute released a report, Proxy Access in the United States: Revisiting the Proposed SEC Rule, which found:

On November 6, 2014, the New York City Comptroller Scott M. Stringer announced a groundbreaking initiative to submit proxy access shareowner proposals to 75 companies at once. Proxy access seemed well on its way to adoption, at least at most large companies.

For example, less than ten years ago virtually all public companies in America elected directors on a plurality basis. However, after individual proposals were submitted to hundreds of companies, more than 86% of the S&P 500 now use a majority vote standard… and that standard is filtering down to smaller companies, one proposal at a time. Many presumed proxy access would take the same route. That all changed on December 1, 2014.

While many thought proxy access could follow the same route as adopting a majority voting requirement to elect directors, there is a major difference between the two types of proposals. Adopting a majority voting standard is a little like getting pregnant. There is no halfway compromise. The right to proxy access, on the other hand, is generally granted only if certain conditions are met. Reasonable people can differ on those conditions. Should only shareowners holding 3% for three years be granted the right of access or should it be 1% for one year?

Earlier this year, I submitted a proxy access proposal to Whole Foods Market to allow shareholder groups with a 3% stake held for three years to be granted access to the proxy. On October 23 the grocery chain requested a no-action letter, arguing that my proposal “directly conflicts” with a bylaw amendment the firm plans to submit to shareowners. The Whole Foods amendment would require one investor to hold a whopping 9% for five years. In a November 2 response, I argued that the company plan was a ‘sham,’ since its largest shareholder owns just 5.4%. Whole Foods might as well condition proxy access on the Earth and Mars switching orbits.

On December 1 SEC staff granted Whole Foods their requested no-action letter (dowload WFM-no-action-granted), in reliance on rule 14a-8(i)(9), “Conflicts with company’s proposal: If the proposal directly conflicts with one of the company’s own proposals to be submitted to shareholders at the same meeting.” With the largest shareholder owning 5.4% of Whole Foods and the average holding period in America now down to about one year, it is highly unlikely that any single shareholder will ever meet the conditions of the proxy access proposal being submitted by Whole Foods.

Of course, I can come back next year and submit another proxy access proposal but they can easily counter with a simple modification of their bylaws, once adopted – a single shareholder holding 8.95% for five years. John Mackey, co-founder and co-CEO of Whole Foods Market, once told me that shareholder proposals turned annual meetings into a “circus.” Their own highly improbably proxy access proposal takes circus goers right to a carny freak show. 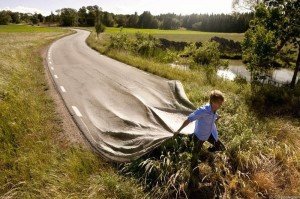 The SEC’s decision doesn’t mean the end of proxy access. I’m sure New York City Comptroller Scott M. Stringer and others will continue to submit proposals on a company by company basis, as will I.

However, because it is very easy for any company to come up with a proposal that “conflicts” with a shareowner proposal, even if it is an obvious sham, we aren’t likely to see proxy access rights spread like majority vote requirements. In fact, proxy access is unlikely to be adopted at all where it is really needed – where entrenched boards and management want little or no input from shareowners.

More than the “moderate amount of initiative” suggested by Benjamin Graham and David Dodd in the opening quote to this post will be required where boards and management have no shame. Hopefully, proxy advisors will recommend against entire boards if they come back with minor modifications to sham proxy access provisions just to keep subsequent shareowner proposals off the corporate ballot. Once again, the SEC has failed to protect the rights of investors. We need to pave right over that mistake and keep building our road to proxy access.