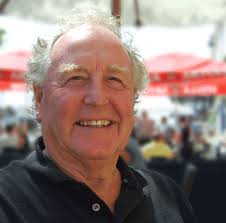 We studied ‘corporate governance’ but never new its name until Bob Tricker defined the field. Discussions all over the world took on new meaning. Thirty years later, he is still in the vanguard of ensuring effective performance and social accountability, rooted in rigorous research. Governance is the defining issue of the 21st century and Bob Tricker our most knowledgeable teacher. – James McRitchie, CorpGov.net.

Large companies effect employees, whole towns, states and societies. Should the idea of large corporations be rethought so that they owe a responsibility to the larger society rather than just the board. Stakeholder ideas of the 1970s were rejected but are now back. Tricker goes through some of the corporate collapses of the 1980s. Bribes, murder, suicide and mayhem at Carrian Investments led to calls for governance codes. The first was the Cadbury Code.

Enron followed most of the good corporate governance practices. An independent chair, independent directors… following many codes to the letter but went bankrupt. He goes on to discuss corporate collapses all around the world. By 2002, the US decided that codes weren’t enough and passed Sarbanes Oxley Act, introducing a split between rules based systems and principles-based systems, where companies comply or explain. Tricker raises several unresolved issues in corporate governance. Convergence?

Bob Tricker was closely involved with the development of management studies at Oxford University.  He worked with Norman Leyland, the founder of the Oxford Centre for Management Studies, as P.D. Leake Research Fellow, and succeeded him as Director of that Centre in 1971, serving for nine years, followed by a further five as a Professorial Fellow.  He was a Fellow of Nuffield College for fourteen years.

Reflecting on the saga of nearly fifty years of management study in Oxford, he concludes that attempts to study business and management in the University had many of the hallmarks of a circus: businessmen giving acrobatic performances on the tightrope of university politics, academics flying the trapeze of anti-business sentiment, heads of college and business leaders competing to snap the ring-master’s whip, there were even a few clowns. In this personal perspective, he describes his ringside seat as the study of management developed in the University and how, from time to time, he found himself in the ring.

There was a deeper problem, he concludes. Oxford’s economists were convinced that the concepts and theories of micro-economics covered business. All businessmen had to do was understand them. Following a visit to American business schools, they concluded that Oxford did not need and should have neither a business school nor an MBA, and should certainly not embrace low level vocational subjects such as accountancy or marketing. These attitudes reflected an ancient and deeper suspicion of trade and the making of money within the University.  Such things were inconsistent with the Oxford’s intellectual inheritance, it was felt. ‘Business is not Oxford’ was enshrined in the stones of ancient colleges and still hung in the air of their quads.

This book tells the story of the work of the Oxford Centre for Management Studies, the evolution of Templeton College, and how they became part of Oxford’s Saïd Business School.

Throughout the 20th century, the focus had been on management. But where was the board on the management organization chart? Bob updates his masterwork for 2015.

‘Corporate Governance’ is based on material that the author has developed over the years for directors’ courses at the Institutes of Directors in London and Sydney, the MBA programme at the Australian Graduate School of Management, executive Masters at Hong Kong University, Melbourne University, Hong Kong Baptist University, and an open-learning course for Hong Kong Open University, as well as corporate governance courses for Russian university teachers sponsored by the Canadian Government at the Schulich School of Business in Toronto.

My interest in boards and their behaviour was really kindled, however, in the 1970s, when I was head of the Oxford Centre for Management Studies, subsequently to become Templeton College, and then part of the Saïd Business School, Oxford. The Management Centre was incorporated as a company limited by guarantee and its large governing council comprised heads of Oxford colleges and leaders of major British companies.  The council outnumbered the academic staff.  Its divisive cliques, political power plays, and unpredictable interpersonal relations astounded me. This was not the behaviour of the classical organization theories, analytical decision making, and basic management concepts that we were teaching in the Management Centre.

It occurred to me that governance was different from management. Throughout the 20th century, the focus had been on management. But where was the board on the management organization chart? Clearly, the governance of corporate entities and the processes of their governing bodies was a subject that deserved study. The subsequent opportunity to research at Nuffield College, Oxford, then led to a paper Perspectives on Corporate Governance: Intellectual Influences in the Exercise of Corporate Governance that was published in 1983 in a collection of essays.

Over 30 years later, that paper’s first sentence, which linked John Maynard Keynes, John Stuart Mill, and Karl Marx, seems unbearably pretentious. But the paper did manage to introduce the subject and the phrase ‘corporate governance’. It identified some issues that remain pertinent to this day: the structure of boards; the role of non-executive directors; the governance of complex groups; the board’s supervision of management; accountability; corporate regulation; and corporate social responsibility. In those days, board-level participation by employees was also an important topic.

The ideas in my paper in the Earl collection were developed in the book Corporate Governance, published in 1984. I remember agonizing over the term ‘corporate governance’ in the title. Although ‘governance’ was an ancient concept, corporate governance was not a phrase then in use. Indeed, I had named the trust that funded my research at Nuffield College the Corporate Policy Group, not the Corporate Governance Group. Subsequently, of course, the subject has moved centre stage. Indeed, it may well be that the social historian will see the 21st century as the era of corporate governance, just as the 20th century had been that of management.

Lists for Governance & Board Candidates