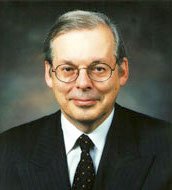 Allaire reviews a lot of studies and basically disputes the contention that activist interventions lead to long-term shareholder value. While I find his arguments compelling, what we really need in research going forward is much more nuanced than what his overview provides. Yes, I yield to the point that most shareholder activism doesn’t move in the direction I would like. For example, transferring wealth from employees and debt holders to shareholders only aggravates wealth disparity. Agreed – reducing cash, investment and R&D seem more likely to the hurt long-run prospects of a company.

Public pension funds and other enablers of activism need to look more closely at individual cases and what is being recommended. Is the desired intervention one aimed at selling the company, splitting it, spinning off parts, share buyback or simply disgorging cash? I won’t say such plans are never warranted. However, I am much more comfortable with an approach that systematically looks at where corporate resources are invested and where they can be deployed more productively. What is the company’s incentive structure? Does it reward return on investment or simple empire building?

First, the authors have not demonstrated that activist hedge funds, per se, create lasting, long- term value and bring a long-term perspective to their “activism”. They have merely shown some statistical relationships to provide (weak) support to their thesis. The weight of experience still trumps the results presented in Bebchuk et al.

Secondly, the most generous conclusion one may reach from these empirical studies has to be that “activist” hedge funds create some short-term wealth for some shareholders as a result of investors who believe hedge fund propaganda (and some academic studies), jumping in the stock of targeted companies. In a minority of cases, activist hedge funds may bring some lasting value for shareholders but largely at the expense of workers and bond holders; thus, the impact of activist hedge funds seems to take the form of wealth transfer rather than wealth creation.

Thirdly, “activist” hedge funds operate in a world without any other stakeholder than shareholders. That is indeed a myopic concept of the corporation bound to create social and economic problems, were that to become the norm for publicly listed corporations.

Finally, the Bebchuk et al. paper illustrates the limits of the econometric tool kit, its weak ability to cope with complex phenomena; and when it does try to cope, it sinks quickly into opaque computations, remote from the observations on which these computations are supposedly based.

I like Dr. Allaire’s comments concerning the market’s reaction to CEO Indra Nooyi taking Pepisco in a new, healthier direction. As it stands today, I don’t own Pepisco because too much of its revenues come from pushing products that are bad for people. Ms Nooyi’s strategy of building on three pillars – human, environmental and talent sustainability – is a positive development. I wouldn’t support Train’s (Nelson Peltz) notion of splitting the company. Her strategy may be less profitable in the short-run. However, it is mandatory if she hopes to win long-term shareholders like me who want to own companies that have a positive impact.

My takeaway after listening to Dr. Yvan Allaire: Going forward, we need studies that parse activists into those looking primarily to asset extractors versus wealth creators. Let’s throw our support behind the wealth creators.