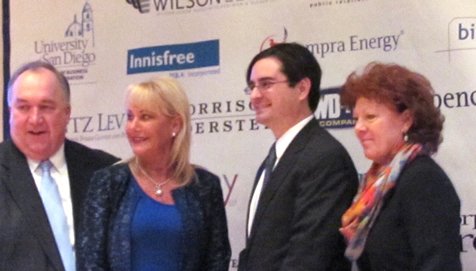 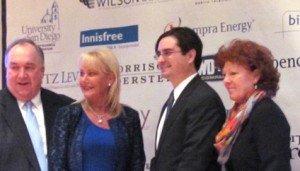 Disclaimer: I’m sharing a few notes from Directors Forum 2015 held at San Diego University beginning 2/25/2015 and ending 2/27/2015. The Forum is held under the Chatham House Rule, so you won’t read any juicy tidbits here. However, I do hope to give readers some flavor of the topics discussed and a little on the general range of opinions. I have take slight liberties with the rule with regard to individual featured speakers, giving some sense of their talks without revealing the specifics of cases raised or providing quoted material of any substance. 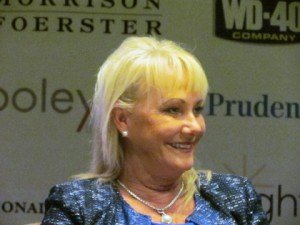 Directors Forum 2015: Session 3 “Should We Stay or Should We Go? At Play on the Global Stage 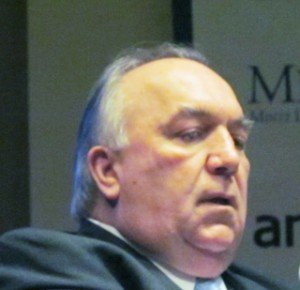 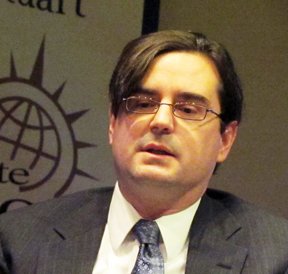 Lure of significantly lower taxes elsewhere. Is board obligated to maximize tax-savings?  How do we create the greatest value? Chiquita, for example, inverted to a company in Ireland but there was no tax benefit because of tax-loss carry forwards. Important that shareholders understand why companies are engaged with in a merger.  Chiquita was ultimately sold to a Brazilian company. States are no longer just competing with other states; they are now competing with other countries. Business judgment rules allow consideration of stakeholders. 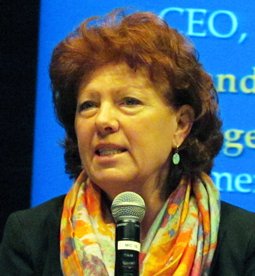 Statutory rate is much higher than the effective tax rate. Only 15% of international transactions involved inversions. AFL-CIO opposes movement to reduce shareholder rights. Movement should have some underlying business rationale. Boards should look at possible adverse impacts on communities. Tax savings are often short-term. Reputational risk is not. Who really benefits? Many shareholders might have to pay capital gains immediately… therefore wiping out any tax benefits for them. Hedge funds might be the primary beneficiaries.

Debate around inversions has changed the debate. Walgreens decided not to invert. In that case, they would have had to renegotiate deal to do so. See Walgreens Boots Alliance. Directors have to look at the possibilities and discuss. Foreign companies are buying small American companies and offer huge tax benefits. Repatriated profits – how should they be invested? (disputed) Doing a lot of business with the government deters inversions. Companies involved in an M&A are going to get sued either way. Discussed interstate competition. Access to talent also an important factor. 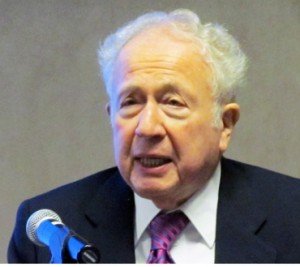 Lipton is concerned with short-termism and the shift to a shareholder-centric orientation. These have long been among his major concerns. Directors should be free to exercise their own business judgment. Yet, as institutional share ownership has increased, governance gets outsourced to ISS, Glass Lewis and activist funds. ValueAct was cited as an example of a longer-term activist and Lipton quoted them accusing others of being “drive-by activists.”

Value Act focuses on executive compensation and long-term TSR. Boards do need to focus more on the financials and could use ValueAct’s playbook as their own to improve their review.  Contrast with scorched earth activism focused on loading up company debt, asset divestiture, sale of assets, layoffs, cost-cuts, etc., increasing future vulnerability.

Lipton is prolific. Rather than reading my interpretation of his spoken thoughts, go to the source and read his recent posts, including The Threat to the Economy and Society from Activism and Short-Termism Updated.

He always has good ideas, but I sometimes have to wonder if he isn’t just a bit too director centric, especially when I read material like the following (Why boards aren’t working):

A mere 34 per cent of the 772 directors surveyed by McKinsey in 2013 agreed that the boards on which they served fully comprehended their companies’ strategies. Only 22 per cent said their boards were completely aware of how their firms created value and just 16 per cent claimed that their boards had a strong understanding of the dynamics of their firms’ industries. 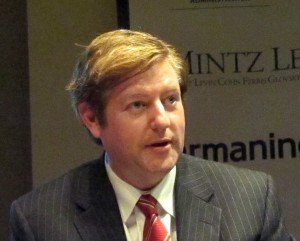 For another perspective, see Capitalism’s unlikely heroes in the 7 February edition of The Economist. Be sure to read a few of the comments as well.

Directors Forum 2015 Session 4: “Cybercrime Oversight: What is the Role of the Board?”

How tech savvy do CEOs and directors need to be? What should the board be asking of management? 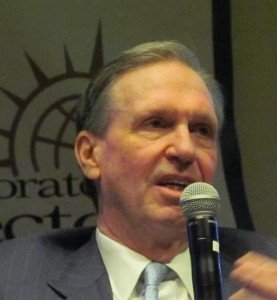 Information is a strategic asset. Data-centric. Data must be in parallel with systems. Stewardship of data. Protection of data. 54% of directors highly sensitive to privacy concerns; only 5% see it as a low concern. #1 concern is ID theft, brand is core issue. 1/2 attacks organized crime – others foreign states, hactivists. Small to medium companies are generally easier targets. They are after financial data, identity, credit card, and personal health information. 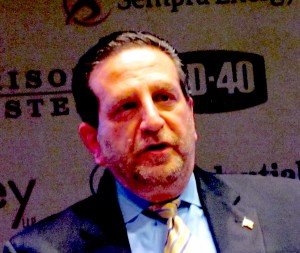 Human hacking. Finding out who is working on what technology allows hackers to direct malware via email. Post links to Facebook attractive to specific employees. Pretending to be from the call center of company and getting them right-click on something that will download malware is another tactic. Segmentation of the company network is critical. Prevent unauthorized lateral movement. Most investment has been in protecting the perimeter but companies also need focus on lateral movement inside the corporate system. Huge reputation risks. Consider how you will communicate with regulators, customers, etc. in advance of an actual incident.

Company concerned with having the best risk profile. Proactively engage with federal government’s six cyber centers, 56 field offices. FBI trying to be more proactive. Private Industry Notification (PAN). Intelligence indicators based on relationships around the world. Flash notification. 1st responders, FBI can issue subpoenas. Where are you in the plan? You have got to be transparent or you’ll get hurt in a big hurry. Yes, there are inherent tensions. Attorney General’s often treat the company being hacked like the criminal. 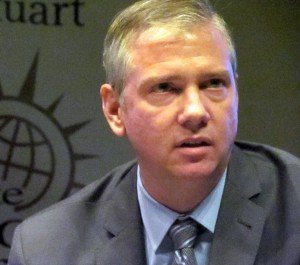 Denial of service attack is where they are controlling your computer and they request a ransom to get control of your computer back… ransomware. MLAT, mutual legal assistance process might be key. Breach prevention guidelines by SANS Institute. Check out their Reading Room. Proactively engage 3rd parties to do penetration testing in a controlled fashion. FTC can come in and fine company if they don’t come up to speed. If a breech occurs, IT should call CEO and chair of audit committee right away.

Sony breach was intended to burn the house down. Think through what is in your e-mails. Manage the risk of what goes into writing.

The FBI acts on alerts ASAP. Share your cyber-risk plan with your board long before am attack. It is like any disaster. Practice, practice, practice. Print it out with contact information so you can make those phone calls. Key decisions include when you will involve other stakeholders.

Audit committee and IT to work together. Incentivized (it is their job). Board must know IT can understand the risks AND mitigate it. Compliance with audits should be part of appraisals and audit compliance performance. 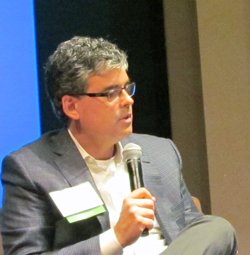 Directors Forum 2015 Session 5 “The Sweeping Power of Proxy Advisors: What’s a Small-Mid Cap Company to Do?”

The power of proxy advisors to influence outcomes is huge; many companies acquiesce, or go along to get along. What is the best course of action? 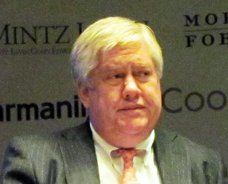 A negative recommendation can have a huge impact at medium and small companies. Big funds often don’t have the time to engage with smaller companies. Hard to get recommendation changed, once made. Blackrock, Vanguard can sometimes be swayed. One size fits all? No. 70% of listed companies have less than $1B, 47% are below $300M. Only a small percentage of small companies even have an ISS Quick Score.

We need to look at disclosures through the lens of proxy advisors. Go in with humility but be firm. Offer to meet with your directors. Get your team together just like the big companies would do. Several war stories but I’m reposting under Chatham House Rule, so you’ll need to attend the Forum to get these.

Difficult to get face-to-face meetings. If you approach in right way, you can get the attention of ISS and Glass Lewis. Some funds will look at how big they are for you, even though you are small for them. That can make a difference for small companies. Nice that some large institutional investors try do the right thing. Recommendations can be very distracting for management. Sometimes management has outsourced too much to outside counsel.

Several think ISS/GL should provide copy of reports, especially when the reports/recommendations are negative.