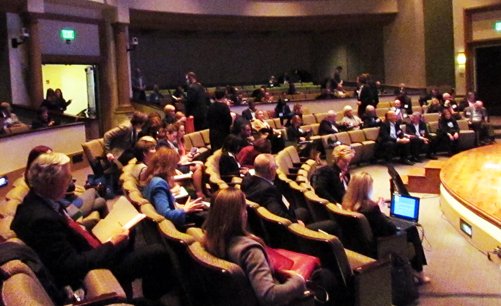 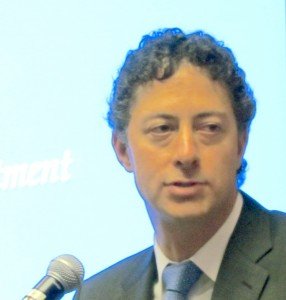 Disclaimer: I’m sharing a few notes from Directors Forum 2015 held at San Diego University beginning 2/25/2015 and ending 2/27/2015. The Forum is held under the Chatham House Rule, so you won’t read any juicy tidbits here. However, I do hope to give readers some flavor of the topics discussed and a little on the general range of opinions. I have take slight liberties with the rule with regard to individual featured speakers, giving some sense of their talks without revealing the specifics of cases raised or providing quoted material of any substance.

Smith is managing member, CEO & chief investment officer, Starboard Value LP. Noted that Starboard’s rate of return has been 27.8% v average of 9% for S&P 500 over the same time-period. Only works at companies where he believes shareholders are disgruntled. Discussed various cases, such as Darden. (Darden Shakes Up Its Board After Agitation by Investor Starboard)

When they went in, Darden’s EBITA margin was significantly worse than peers when adjusting for real estate ownership and factoring in a rent subsidy. He wanted to get them more focused on a better return for capital than on growth.

The reason was that Red Lobster was essentially sold for free, when the value of real estate was factored in. Starboard ended up getting a clean slate of directors. That should make it easier to work with the management team. He left us with some tips on actions likely to attract activist funds such as Starboard, including:

Smith stressed the importance of executive sessions, not just at the end of each meeting but also at the beginning and in the middle so the board can se its own agenda and priorities.

More reading: Your Board Should Be Full of Activists, Capitalism’s unlikely heroes. Cash needs to be put to work

Pat Russo was a political science major. Initially hired by IBM. Maybe she was worried about their reputation. (Some say IBM stands for I’ve Been Moved) She made a possibly preemptive move to AT&T for personal and professional reasons. Many stories about joining boards, including GM and how being revamped, getting the right people in place. Technology, products, human dimension. Special projects, mentoring people. Influenced by being in many business when they have been in really troubled times. Turnarounds. Helped shape what she does. She is going to be chair of HP Enterprises. Caring for and understanding how people will react/be impacted, top in mind. 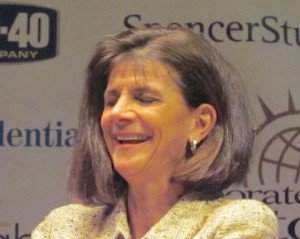 Split of HP – both will retain HP in name… that helps employees keep some of their identity. Alcoa is also being transformed. Shifting into higher value light metals. There she heads compensation committee. Discussed how focus changes, how ISS evaluated and how turnaround was managed. As an aside, ISS has helped give some compensation committees backbone. The risk is that each company has different circumstances and proxy advisors have difficulty dealing with that.

Overboarding? Some argue that five boards are too many. Should there be a bright line? Is so, then no judgment is applied. Russo likes complex problems. She is a real believer in the significance of the human dynamic around the board… level of trust, constructive debate. On shareholder engagement… attitudes have changed over time. Proactive engagement can be critically important. Mostly listens. Talked about changes in compensation alignment. Making deposits in the credibility bank. Sees Mary Barra being incredibly connected to people at GM with great potential as a long-term leader.

Chairman conducting one-on-one interviews to find directors not worth keeping. That’s one way to address the problem of board members staying past their time. CEO succession planning. Be sure to look at what they are producing as well as how they are leading. 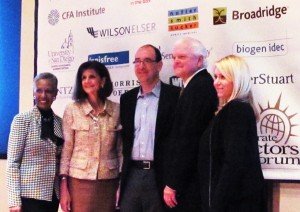 Why Do Boards Do What They Do?

Directors Forum 2015: Session 6, “Why Do Boards Do What They Do? How Good Directors Make Bad Decisions?”

Experts address the human dynamics and “group think” at play in the board room. 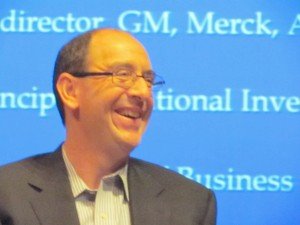 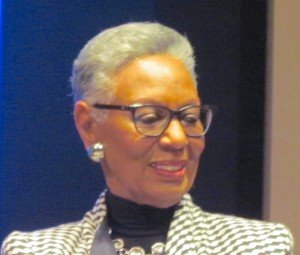 How do good directors make bad decisions? Conversational turn-taking, so all can contribute to ensuring all are heard. Management often gives the board only the information it wants to get the decisions it wants. Boards need a broad knowledge base, transparency, mutual respect to avoid group think and bad decisions.  Mindset of chair or CEO important. They have to believe the board is value added and want to maximize transparent input. Time to digest, reflect, react and recycle is required. People need the time to get in touch with their own thoughts. Going around the table and asking, where are you on this? 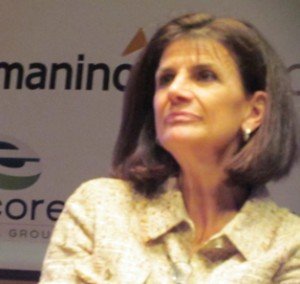 Capital budget, too often comes on one page and needs approved today. Directors need to ask what returns are anticipated on the capital being spent? It is difficult to hold them accountable if you don’t have the time or information needed to make a good decision. Sometimes management keeps paring down the agenda but board members don’t recognize that becomes it happens so incrementally.  The discussion has narrowed to the point that questions and debate are choked off. New members, with experience elsewhere, might see those issues more easily.

High trust teams are take effort and facilitation. Women and men from collectivist cultures more likely to lead to that interaction. Having a dissenter (even if through role play) will help, although the ideal is organic conflict. Personal conflict should be low; task-based a bit more. General consensus rules but, ideally, losers aren’t upset because they have been heard. Appoint a skeptic if needed. Body language, such as nodding and direct eye contact are helpful to ensure those speaking are being heard. There is a group dynamic process of aligning. Find out what’s missing that will help the board be better informed, getting to alignment. Forcing people to take at least a temporary stand can be helpful. 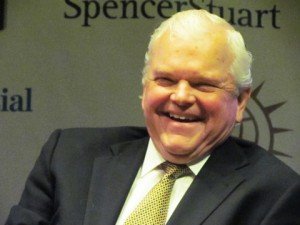 Unconscious linking. If I talk about the moon and the ocean, then I ask you to name a laundry detergent is likely be Tide because I’ve planted that seed. Recognize how our environment shapes our mind. We sometimes make decisions under time pressures that are not out of our own making. Maybe we become aligned in a bad way? Groupthink can be countered with diversity (backgrounds, incentives, skills, interest).  It is the function of the CEO or chair to set the tone, welcoming open expression of what is on the  minds of directors. If a company has the wrong CEO, most of the significant interactions will be in executive sessions. 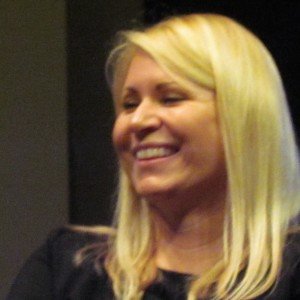 Even the smartest can’t see everything. Inattentional blindness explains why eyewitness testimony is problematic. We often go with the paths of least resistance using mental shortcuts that we take. It is very seldom that boards do not have time to make a decision. Wait. The power of waiting. Explore the optimality of delay. Don’t snap react. What is the optional of time? Wait: The Art and Science of Delay

is a great resource by Frank Partnoy.

Markets value public companies every day. Maximize your future cash-flow stream. The nature of many industries is long-term. Pharma trials take years. Vehicle prototypes are built years in advance. Cost curve over several years. Boards need to understand timing, story must get out to the market.

You need independent mechanisms within the company to guard against falling in love with the deal – due diligence, systemic look at track record and execution. In a crisis everything gets accelerated. Create a little bit of time. Ask what is worse that can happen and then back into the decision. Experts under pressure are different; they don’t have the same bias.

With advocates on opposing sides, the value of changes in corporate governance were on trial. Each side made their case (or not) and attendees voted on whether the changes have been worthwhile. Of course, in this audience, boards and their service providers outnumbered shareholders and theirs. However, many issues had crossover votes. 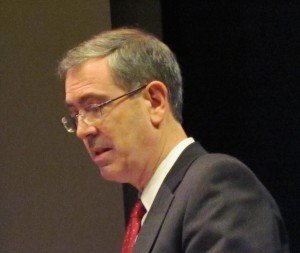 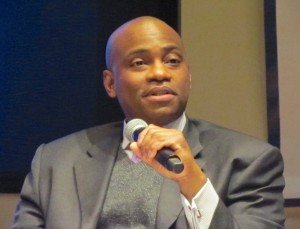 On the opposing side, policies and checklists get in the way. There has been a real shift in power from boards to shareholders. Governance policies have given power to short-term activists. Too often they sacrifice long-term viability to short-term immediate results. Companies pay out cash to meet demands, but that introduces risks for the future. IR staff or CFO are best people to communicate regularly with shareholders. Although many directors go to quarterly presentations/calls to hear what questions shareholders are asking. 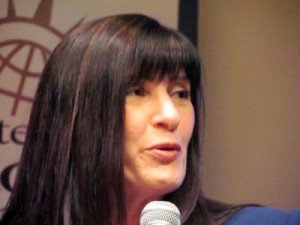 Soliciting feedback is good. Believe in board centric model but also of value in connecting with shareholders. Any opportunity to have that engagement should be supported. Early warning systems. Any downsides? Most investors are respectful of time constraints.

Only 12% of companies have poison pills in place now compared to almost 50% at their height. Many think pill should be put out for shareholder vote, if not in advance, then at least ratified. Same for use of classified boards. Only 7% of boards have them today. Note: figures appear to be for large companies. According to FactSet data that I have available, almost 47% of the S&P 600 (mid-caps) have classified boards.

Monolithic policies such as poison pills or classified board are wrong, according to one side. These tools are not intrinsically good or bad. They offer negotiating leverage. The board’s duty is to maximize value in M&A situations.

Comparisons were made between “withhold? campaigns and majority vote requirement election. However, majority vote could lead to a situation where the entire board could be thrown out in a single election. That would be a very extreme situation. Board should have had plenty of early warning. Last proxy season, 56% voted in favor of majority vote proposals.

Independent chair.  Allows CEO to focus on company/business. One-size fits all? No, depends on company and issues being faced at any given time. Very specific to company, size, succession planning. Flexibility argued. Easier to recruit CEO. Arguments on both sides. 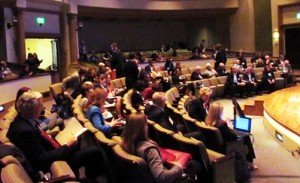 Directors Forum 2015 Intimate Setting at the Joan B. Kroc Institute for Peace and Justice

Proxy access. Election contests can be extremely disruptive and costly. Proxy fights can become personal and nasty. Risk of dissident director being divisive. Proxy fights should be a last resort. Why should companies fund such contests? They would primarily be used by minority shareholders. Proxy access would make it an increasing challenge to recruit directors.

On the other side, 11 companies have put proxy access into place and the world hasn’t come to an end. Still requires 3 year/3% threshold and 50+% for passage. The average vote for such proposals last year was 55%. 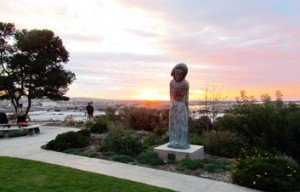 Most in the audience thought governance reforms, such as majority vote requirements, have been good but poison pills, even those unilaterally adopted by the board and not ratified by shareholders, and a combined CEO/Chair can be positive. Mandatory proxy access was also voted down by audience.

These Director Forums often end with a light-hearted skit. Although I was a little hesitant to think the presentation could be balanced without a shareholder in the mix, they did at great job. It was a fun ending to another great Forum.

I renewed several acquaintances and friendships – made some new ones and learned a lot. Many thanks to Linda Sweeney, Executive Director of Corporate Directors Forum, to the entire Board, to all the volunteers and staff as well as the many fine sponsors. I’ll be looking for another great event at the University of San Diego in January 2016.