Still having difficulty trying to figure out what to do with my proxy access proposal, Whole Foods Market today announced they will delay their annual meeting. They filed an 8-K with the SEC, which includes the following:

The Company is announcing today that the Board of Directors (the “Board”) of the Company has decided to postpone the Company’s 2015 Annual Meeting of Stockholders (the “Annual Meeting”), which was originally scheduled to be held at 8:30 a.m. Central Time on March 10, 2015.

The decision to postpone the Annual Meeting follows a statement from the Securities and Exchange Commission (the “SEC”) on January 16, 2015, which retracted a prior statement from December 1, 2014, concerning exclusion of a shareholder proposal on the basis of a conflicting Company proposal.  The Company had planned to file its definitive proxy on January 22, 2015, a date which would have ensured all applicable deadlines for the March 10, 2015 Annual Meeting were met and that a quorum was obtained.  Given this reversal by the SEC, the postponement of the Annual Meeting is necessary to ensure the Company can meet applicable deadlines and allow the Board adequate time to review and evaluate the Company’s alternatives.

The Company will announce the Annual Meeting’s new date, time and related deadlines after a final decision has been made.  The Company will subsequently file and mail proxy materials as required.

I had hoped that after listening to the SEC-IAC meeting on February 12th (the portion on proxy access) this week, they would have decided to move forward, perhaps even endorse my proposal.

Joseph Carcello, who heads the University of Tennessee Corporate Governance Center, characterized the initial Whole Foods proposal as “not in good faith.” Zach Oleksiuk of BlackRock said they would vote against directors at companies that keep proxy access proposals off their proxies because of a company’s own interpretation of (i)(9).

Darla Stuckey, with the Society of Corporate Secretaries, said her members support the right of shareholders to aggregate for purposes of nominating directors (counter to WFM’s position of limiting access to a single shareholder). She said that none of her members are likely to litigate and most will not exclude proposals under (i)(9).

Whole Foods is at risk of becoming a corporate governance pariah. I certainly do not want that. Our company should be a shining example, not only in offering quality whole foods to the public and by being one of the best places to work, but it should also be recognized as a guardian of shareholder rights to minimize the need for government intervention in corporate governance. 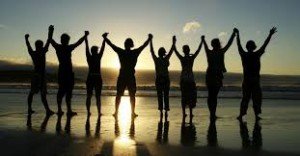 Punting may be a good thing. I hope Whole Foods will take whatever time it needs to properly weigh the alternatives. If they do, I believe they will decide to include my proxy access proposal. Let shareowners have a voice; we are not outsiders – we are a key part of the Whole Foods Market community.