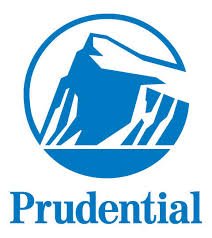 Prudential $PRU is winning widespread praise for adopting proxy access before even facing a proposal on that subject from shareholders. However, there is at least one provision that would be a deal breaker for me if I were negotiating with them on the topic.

According to the Wall Street Journal (Prudential to Back Proxy Access for Big Investors):

Prudential noted it is one of the first companies to take this step independently, without a shareholder proposal, and highlighted its commitment to strong corporate governance practices.

Under the amendments, a shareholder or a group of up to 20 shareholders who own 3% or more of the company’s outstanding shares continuously for at least three years may nominate directors constituting up to 20% of the board.

Big news! Prudential has become the first company to adopt proxy access proactively without having a shareholder proposal. Under a bylaw amendment adopted yesterday, Pru adopted a 3%/3-year formula – along with a group cap of 20 shareholders & nomination cap of 20% of board seats. Coincidence that Peggy Foran is the corporate secretary at Pru? Now you know why she has earned the “Lifetime Achievement Award” at the upcoming “The Women’s 100″ conference.

Prudential is a leader in corporate governance and I love Peggy Foran. She has long been on the forefront as someone shareholders can count on and trust. It is widely recognized the provision fall slightly short of Rule 14a-11 with regard to capping nominees at 20% of the board, rather than 25%. I can pass that off as a reward for getting out in front and not waiting for a proposal.

However, I urge shareholders to look under the hood. Prudential’s proxy access bylaw requires proxy access candidates to obtain at least 25% of the vote in order to be renominated. See page 31

I’m not saying there is any deception by Prudential, but this provision certainly does not reflect ‘best practices’ under the SEC’s overturned Rule 14a-11. You don’t need to plow through the whole rule, just read any good legal summary such as SEC adopts proxy access rule for shareholder director nominations.

I don’t expect proxy access to be invoked at Prudential, so this provision may not matter at this individual company, but I believe this is a bad precedent. I can easily envision a situation where there are serious problems with a board but that proxy access nominees take more than one year to be recognized as viable alternatives.

If you are in negotiations with companies over proxy access, I urge you to reject any such limitation provisions on the ability to renominate previously unsuccessful candidates. I would also advise you to ensure all provisions of the vacated Rule 14a-11 are respected, unless negotiated away openly as differences. I now understand several other companies have included such provisions, unbeknownst to me.