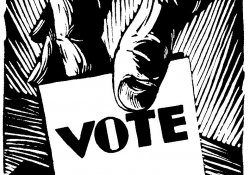 This guest post from Bruce Herbert of Investor Voice provides an overview of a simple majority vote counting shareholder initiative, which seeks to eliminate abstentions from the denominator in calculating votes as well as super majority threshold requirements that have not been approved by shareholders.

“Fair corporate suffrage is an important right that should attach to every equity security bought on a public exchange.”

Companies owe an undivided loyalty to shareholders, yet there is little consistency in how proxy votes are counted. Companies often use more than one vote counting formula within a single proxy, and this inconsistency has a disproportionate impact on shareholders, is confusing, quietly imposes supermajority thresholds, and results in majority votes being dismissed as failing.

The U.S. Securities and Exchange Commission (SEC) mandates the use of a simple majority formula for determining resubmission eligibility of a shareholder-sponsored proposal. [See item F4 near the bottom of SEC Staff Legal Bulletin No. 14.] However, companies are chartered at the State level and so a federal mandate cannot establish a consistent voting standard for all proxy votes; hence, the initiative.

A simple-majority formula is a straightforward measure of FOR versus AGAINST votes used by 48% of companies (For divided by for and against votes):

Until recently, many companies used a variant vote-counting formula, made popular especially under Delaware law, which had a tremendously depressive effect on vote outcomes:

FOR / FOR + AGAINST + ABSTAIN + BROKER NON-VOTES

Fortunately, BROKER NON-VOTES were disallowed by the New York Stock Exchange in 2009; however, abstentions may still be counted using a formula we refer to as Modified Delaware used by 52% (For divided by for and against and abstain votes):

Adding numbers to the denominator of a formula has the invariable, mathematical effect of lowering the vote tally.

This can and does create sizable disruptions in vote outcomes, and has caused a number of majority votes (counted by a simple majority formula) to be dismissed as having failed.

To highlight and seek improved practices, Investor Voice created a Simple Majority Vote Counting initiative. Over the past six years 37 Proposals have been submitted to 13 companies, and to date, roughly one-third have taken steps to adopt a simple majority standard.

In an important development, CalPERS is also engaged. It commissioned GMI Ratings to write Vote Calculation Methodologies, which examined the largest 1,000 companies in the S&P 500 and Russell 1000, and found that 48% employ the simple-majority vote-counting standard requested by this initiative.

Investor Voice partnered with Cook ESG Research and the Sustainable Investments Institute to explore the question: “what impact does counting abstentions have on vote outcomes?” A dataset was created which includes every vote cast on a shareholder-sponsored proposal for the period 2004-2014. This comprises 6,379 discrete ballots and all companies listed in the S&P 100, S&P 500, and Russell 3000 (as well as other companies not on an index).

Calculations utilized the raw vote numbers provided by companies to the SEC, and vote tallies were generated using both the Simple Majority and the Modified Delaware formulas noted above.

In so doing it was possible to calculate the size of the ‘abstention gap’ – defined as the degree to which votes are reduced when abstentions are counted using the Modified Delaware formula – and also to examine instances where an individual vote would earn a majority under Simple-Majority, but would appear to fail under Modified Delaware.

For the purposes of this report, a 50% or higher vote that derives from a Simple-Majority formula will be referred to as a ‘true-majority’ outcome.

Finding #1: From 2004-2014, 63 shareholder- sponsored proposal votes earned a true majority, but these votes were dismissed as failing under Modified Delaware.

The number of instances and the sizes of voting discrepancy uncovered serve to highlight the seriousness and extent of this under-recognized governance issue.

There is no threshold at which abstentions did not matter – indicating that whether large or small, abstention gaps erode shareholder democracy and can unseat true majority votes.

Voter intent: Because it is not possible to discern an abstaining voter’s intent, a process, which unilaterally counts all ABSTAIN votes in a single way inevitably acts to disenfranchise certain voters.

Such a system exhibits a logical inconsistency that is not aligned with shareholder best interest.

Unnecessarily Confusing: Counting abstentions creates two vote outcomes for every shareholder-sponsored item, but only a single outcome for management-sponsored ones.

The two outcomes are: (a) the company’s count, and (b) the SEC-mandated simple-majority result (for determining resubmission eligibility).

Since shareholder-sponsored proposals are nearly all ‘precatory’ and non-binding – i.e., they are merely advisory to management – there is no practical end served by allowing two vote outcomes to stand. A company’s count is not determinative while the SEC’s result is; therefore, a Simple Majority standard reduces confusion and leads to the most accurate and informative outcomes.

Inadvertent supermajority: Because abstentions vary so widely company-to-company and item-to- item, counting them essentially creates a type of ‘backdoor’ supermajority requirement with moving targets on each-and-every vote – never clear what is truly necessary to pass. On one vote abstentions might create a 2% higher threshold, while another item on the same proxy could have a 30% higher threshold.

Abstention maneuvers: The Manhattan Institute’s Proxy Monitor is a conservative organ that actively criticizes shareholder resolution efforts. Toward its own ends, the ProxyMonitor consistently adds abstentions into vote tallies, which creates a false impression of low levels of support by investors for environmental, social and governance topics of concern.

The Harvard Law School Forum on Corporate Governance and Financial Regulation (Accuracy in Proxy Monitoring) published an examination of these practices, and concluded: “In the last four years, the Proxy Monitor results… have consistently understated the voting results, sometimes significantly.”

Proxy Monitor’s deficient reports are widely used by the US Chamber of Commerce, widely quoted by SEC Commissioner Gallagher, and get published without scrutiny in WSJ articles and editorials.

A Simple Majority Vote Counting standard would ensure that all votes are handled and reported in an appropriately consistent, transparent, and above- board manner.

Simple Majority Vote Counting is aligned with investor expectations because it resembles something they are familiar with: Democratic electoral politics.

States’ choice: Several states, including New York State (one of the nation’s most important business states and home to the NYSE), mandate simple majority vote counting as a default standard.

Delaware, home to the largest number of S&P 500 corporations, permits simple majority vote counting but has not yet mandated it.

Transparent: Investors report being unaware that under Modified Delaware their abstentions “have the same effect as a vote against.” They may be unclear how votes get counted because voting policies are difficult to find: proxies are long, don’t follow a consistent format, and the language can be highly technical – sometimes hinging on the legal meaning of a single word.

A Simple Majority Vote Counting approach clears the air of confusion over how votes are counted.

Votes for: Shareholders have already voted on a type of Simple Majority Vote Counting proposal 89 times from 2012-2015, and in each-and-every instance they affirmed it with votes from 62.3% up to 100%.

Therefore, we seek to harmonize voting practices across all items at all companies through adoption of a uniform, Simple Majority voting standard.

We invite you to join this initiative in support of shareholder democracy by voting FOR Simple Majority resolutions, filing shareholder proposals, and encouraging your company to adopt Simple Majority standards with regard to both thresholds and counting as a corporate governance best practice. For additional information see the Appendix below and the Investor Voice website. 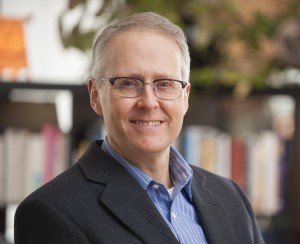 Guest Post: Bruce Herbert, AIF is Chief Executive of Investor Voice, a Seattle-based Social Purpose Corporation which provides shareholder analytics and engagement services to clients nationwide. Over the years Bruce has been active with a number of organizations that focus on art, activism, citizenship, and the common good.

Bruce is a past Governing Board Member of the Interfaith Center on Corporate Responsibility (ICCR, that created the South African divestiture movement); co-founded and served as first Director of the Northwest Coalition for Responsible Investment; was a Founding Board Member of NBIS (the Network for Business Innovation and Sustainability); and was a two-term mayoral appointment to the Pike Place Market Historical Commission.

This post originally appeared on Investor Voice as Why Vote Counting Matters, March 17, 2015. I reformatted and made minor edits (primarily for search optimization), added links and those revenue-generating ads from Google.

Shareholders request the Board of Directors to amend the Company’s governing documents to provide that all matters presented to shareholders, other than the election of directors, shall be decided by a simple majority of the shares voted FOR and AGAINST an item. This policy shall apply to all such matters unless shareholders have approved higher thresholds, or applicable laws or stock exchange regulations dictate otherwise.