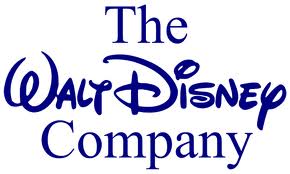 The Walt Disney Company $DIS, which operates as a worldwide entertainment company, is one of the stocks in my portfolio. Their annual meeting is coming up on 3/12/2014. ProxyDemocracy.org had the votes of four funds when I checked and voted on 3/8/2015.  I voted with management 79% of the time and assigned them a proxy score of 79.

View Proxy Statement. Read Warnings below. What follows are my recommendations on how to vote the Walt Disney 2015 proxy in order to enhance corporate governance and long-term value.

From Yahoo! Finance: The Walt Disney Company’s ISS Governance QuickScore as of Feb 1, 2015 is 4. The pillar scores are Audit: 1; Board: 4; Shareholder Rights: 7; Compensation: 4. Brought to you by Institutional Shareholder Services (ISS). Scores range from “1” (low governance risk) to “10” (higher governance risk). Each of the pillar scores for Audit, Board, Shareholder Rights and Compensation, are based on specific company disclosures. That gives us a quick idea of where to focus… shareholder rights.

The Walt Disney Company is a large-cap company.  According to Equilar (page 6), the median CEO compensation at large-cap corporations was $10.1 million in 2013, so Walt Disney’s pay is well above that. To its credit, Walt Disney shares outperformed the S&P 500 over the most recent one, two, five and ten periods.

The GMIAnalyst report I reviewed gave Walt Disney an overall grade of ‘D.’ According to the report:

I voted against the pay package.

Walt Disney Board of Directors and Board Proposals

Although I am concerned with the growing proportion of the board serving for over a decade, I voted in favor of all of them. Other than the say-on-pay proposal and the auditor, there were no other board proposals.

I voted to ratify Walt Disney’s auditor, PricewaterhouseCoopers, since far less than 25 percent of total audit fees paid are attributable to non-audit work.

With regard to shareholder proposals, I voted in favor Independent Board Chairman, to move to an independent board chair when Mr. Iger vacates that position, submitted by James McRitchie, publisher of CorpGov.net, for the following reasons:

I also voted in favor of William Steiner’s proposal to Limit Accelerated Executive Pay. Vesting such awards on a pro rata basis up to the time of termination would help ensure pay is based on performance.

CorpGov Recommendations for Walt Disney – Votes Against Board Position in Bold

Mark your Calendar to Submit Future Proposals at Walt Disney

Shareholder Proposals for Inclusion in 2016 Proxy Statement. To be eligible for inclusion in the proxy statement for our 2016 Annual Meeting, shareholder proposals must be received by the Company’s Secretary no later than the close of business on September 18, 2015. Proposals should be sent to the Secretary, The Walt Disney Company, 500 South Buena Vista Street, Burbank, California 91521-1030 and follow the procedures required by SEC Rule 14a-8.

To Split or Not to Split? Independent Chair Proposals at Disney & Starbucks
Apple: The Case for Proxy Access