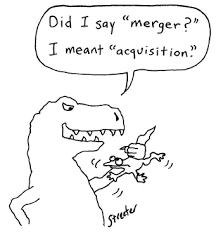 The second annual Kirkland & Ellis Law Forum at Stanford’s Rock Center for Corporate Governance, brought together a leading academic, legal practitioners, and an investment banker to discuss recent trends in activist investing and their impact on the M&A market. What follows are my cryptic notes. The Center will probably post the video at some point, so view that if interested.

Activism has become a key catalyst for merger and acquisition (M&A) activity and corporate spin-offs (especially in the technology industry), while activist opposition has impacted announced deals.

Activist investor activity continues on the rise, with activists increasingly setting their sights on larger companies and new industries, including technology. Even the most successful companies are not immune from their attention, with a broad range of focus from governance and management issues to business performance, portfolio composition and balance sheet management.

How can companies best prepare, both structurally and substantively, for activist campaigns? When an activist does surface, how should companies respond? What impact will these new activist investing tactics have on the current M&A landscape? So much for the announce prologue. 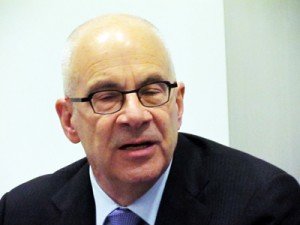 Grundfest kicked off the session by opening that day’s Wall Street Journal and reading a little about the pressure Qualcomm faces from activist investor Jana Partners LLC to consider spinning off its chip unit from its patent-licensing business, which accounts for most of the company’s profit.  Qualcomm itself proposed the idea 15 years ago but later called it off. (Activist Puts Pressure on Qualcomm) Qualcomm responded that they recently increased their stock repurchase authorization to $15 billion, one of the largest capital return programs in the sector.

Over the last year, Jana paid out about $7.9 billion to shareholders in dividends and share buybacks—slightly more than its reported free cash flow of $7.2 billion during the same time. Yet the stock has fallen 13% over the same time versus a 24% gain in the PHLX Semiconductor Index. At barely 13 times forward earnings, Qualcomm’s stock has one of the lowest valuations among its peers. (Qualcomm’s Bargaining Chips)

It used to be that activists did not go after the largest companies because reaching the 5% 13D filing threshold was just too expensive. However, that has changed. The largest companies, including technology companies are no longer immune. One reason is that activist now have much more money but another is that more are going forward even though they haven’t reached the 5% level to file a 13D. They will often depend on wolf pack followers to get all the attention they need.

Additionally, passive funds are talking to activists. The pack is out looking for a wolf. See An Investor Calls, The Economist and JPMorgan’s The Activist Revolution. The highest concentration of cash is in technology companies. You can assign a score to companies for vulnerability. Leverage, performance, 1,2,5 TSR, operating stumble, board not doing job, tenure, over-boarded, combined CEO/chair. The playbook is thin, everyone argued, with a limited number of techniques, tricks and demands.

They created a typology of three types of activists: Social/Environmental (minimal role in activism), Governance (changing governance mechanisms can make it easier for activists to have an impact), and Economic Activists looking for events to generate alpha. 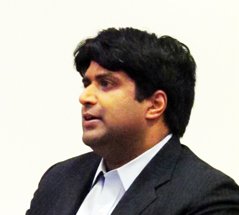 Because of governance activists, defenses have crumbled. Classified boards mostly gone, as are poison pills. The trend is to independent chairs.  Can now get in and out quickly. ISS voting in favor 65% of time. Many more short-slate activist campaigns. Many get resolved before contest. 8% vs 38% settle. Activists are putting up much better candidates… often using the same search firms the board might use. Potential candidates are much more willing to associate with them. 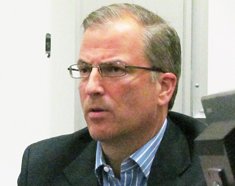 Emerging tactics – Books and records demands. Real problem is what people put into e-mail. Getting discovery of board’s emails is a guarantee for success at many companies. Won litigation at Sotheby’s. Even though Sotheby’s won case to get poison pill in place the activists got on the board after a Section 220 demand for books and records. Once e-mails are in-hand, it is often easy to reach agreement with board to keep the contents from ever going public (I wonder how much North Korea could have gotten from Sony? OK, my sense of humor). M&A transactions all under litigation. Cleanse your emails. We can even see how long directors looked at the books. Now looking at hard-drives of actual directors.

Proxy access is a molehill because true activists don’t want to be bound by the limits. If social activists move in than they are less available to economic activists.

Board need to engage in a pre-inspection of themselves. Low hanging fruit many be gone. Pershing/Allergen, CalSTRS/Relational/Timken pattern likely to show up more frequently in future. Big changes in the boardroom. R&D dropping. Wealth transfer from employees to shareholders. Financial engineering. Moving to more independent chair.

Great discussion. I think there was a bit of a broad brush characterization of activists and value destroyers, when there are some, such as ValueAct Capital, that definitely seem to be adding value. At least one panelist seemed to think we will have proxy access candidates at the same time we will have a short slate from activists. I think most proxy access bylaws preclude that possibility.

These evening sessions seem to be better attended than the SVDX events that start at 8 in the morning. I have finally figured out that students a much less likely to get up in time for the morning sessions but have come alive by evening… plus, the evening events have better food.