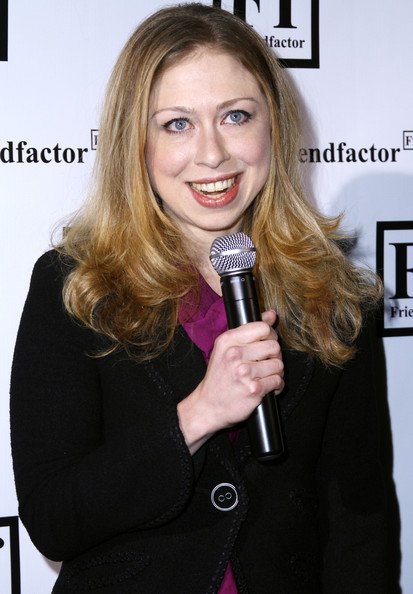 In an unscripted moment at a Clinton Foundation event in Miami, Chelsea mentioned a study that shows there are more men named John, Robert, William or James on corporate boards than there are total women corporate directors. Upon hearing that statistic, Hillary, who was on stage with Chelsea, joked, “sounds like we need to change our names!”

Chelsea emphatically cut in to raucous applause: “No, we need to change the system.”

One Response to Change the System