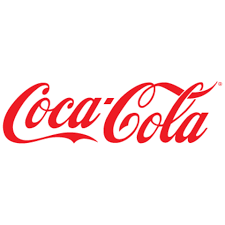 The Coca-Cola Co (KO), which primarly manufactures and distributes various nonalcoholic beverages, is one of the stocks in my portfolio. Their annual meeting is coming up on 4/29/2015. ProxyDemocracy.org had the vote of three funds when I checked and voted on 4/22/2015 (they now have more). I voted with management 58% of the time and assigned Coca-Cola a proxy score of 58.

View Proxy Statement. Read Warnings below. What follows are my recommendations on how to vote the Coca-Cola 2015 proxy in order to enhance corporate governance and long-term value.

From Yahoo! Finance: The Coca-Cola Company’s ISS Governance QuickScore as of Apr 1, 2015 is 5. The pillar scores are Audit: 2; Board: 7; Shareholder Rights: 2; Compensation: 7.  Brought to you by Institutional Shareholder Services (ISS). Scores range from “1” (low governance risk) to “10” (higher governance risk). Each of the pillar scores for Audit, Board, Shareholder Rights and Compensation, are based on specific company disclosures. That gives us a quick idea of where to focus… board and compensation.

The Coca-Cola Company is a large-cap company.  According to Equilar (page 6), the median CEO compensation at large-cap corporations was $10.1 million in 2013, so Coca-Cola’s pay is substantially more than that, even factoring for inflation. Coca-Cola shares underperformed the S&P 500 over the most recent six month, one, two, and five year periods. Coca-Cola outperformed very slightly over the most recent 10 year period.

The GMIAnalyst report I reviewed gave Coca-Cola an overall grade of ‘F.’ According to the report:

Pay of $18M for mediocre performance combined with the above issues doesn’t seem right. I voted against the pay package.

Coca-Cola Board of Directors and Board Proposals

Generally, when I vote against the pay package I also vote against the compensation committee. I voted against: Maria Elena Lagomasino, Chair, Ronald W. Allen, Helene D. Gayle, and Alexis M. Herman. I’m also concerned that too many directors have served more than twelve years on the board. I question their continued independence. I voted against Barry Diller for being overboarded. Four boards is too many, especially when this one is underperforming. I also voted against Muhtar Kent who should not hold both CEO and Chair positions.

Unfortunately, I had to vote against Elton Shepherd’s proposal to require a shareholder vote for the release of any unvested restricted stock awards and unvested PSU awards to Senior Executives and Board members. While I agree with his main thrust that such awards are not free and have been over utilized, his proposal is too all-inclusive.

I congratulate Coca-Cola for facilitating the ability of shareholders to send proxy proposals via e-mail. Mark your Calendar to Submit Future Proposals:

If the proposal is to be included in the proxy statement, pursuant to Rule 14a-8 under the 1934 Act, the proposal is received at the Office of the Secretary on or before November 13, 2015. In addition, the shareowner proponent, or a representative who is qualified under state law, must appear in person at the 2016 Annual Meeting of Shareowners to present such proposal.