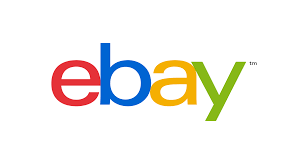 eBay Inc (EBAY), which enables commerce through three reportable segments: Marketplaces, Payments and Enterprise, is one of the stocks in my portfolio. Their annual meeting is coming up on 5/1/2015. ProxyDemocracy.org had the votes of two funds when I checked and voted on 4/26/2015. I voted with management 67% of the time and assigned eBay a proxy score of 67.

View Proxy Statement. Read Warnings below. What follows are my recommendations on how to vote the eBay 2015 proxy in order to enhance corporate governance and long-term value.

The GMIAnalyst report I reviewed gave eBay an overall grade of ‘D.’ According to the report:

Pay of $14M for mediocre performance, combined with the above issues, led me to vote against the pay package and bonus plan.

eBay Board of Directors and Board Proposals

I voted to ratify eBay’s auditor, PricewaterhouseCoopers LLP, since far less than 25 percent of total audit fees paid are attributable to non-audit work.

With regard to shareholder proposals. I voted in favor of the proposal by John Chevedden to allow shareholders to act by written consent. This is common sense good corporate governance of they type I would introduce as well.

Last, I voted in favor a the proposal by Arjuna Capital/Baldwin Brothers Inc. on behalf of Dylan Sage asking for eBay to report the percentage pay gap between male and female employees, policies to improve performance, and quantitative reduction targets. This would be valuable information in assessing eBay’s policies and practices in this important area.

CorpGov Recommendations for eBay – Votes Against Board Position in Bold

eBay is yet another company that attempts to put up artificial barriers to discourage filing paperless proxy proposals. Mark your calendar to submit future proposals: