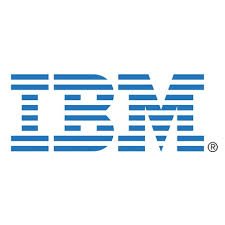 IBM (International Business Machines Corp.), which provides information technology (IT) products and services worldwide, is one of the stocks in my portfolio. Their annual meeting is coming up on 4/28/2015. ProxyDemocracy.org had the vote of four funds when I checked and voted on 4/21/2015. I voted with management 50% of the time and assigned IBM a proxy score of 50.

View Proxy Statement. Read Warnings below. What follows are my recommendations on how to vote the IBM 2015 proxy in order to enhance corporate governance and long-term value.

From Yahoo! Finance: International Business Machines Corporation’s ISS Governance QuickScore as of Apr 1, 2015 is 4. The pillar scores are Audit: 2; Board: 4; Shareholder Rights: 3; Compensation: 7. Brought to you by Institutional Shareholder Services (ISS). Scores range from “1” (low governance risk) to “10” (higher governance risk). Each of the pillar scores for Audit, Board, Shareholder Rights and Compensation, are based on specific company disclosures. That gives us a quick idea of where to focus… compensation.

IBM is a large-cap company.  According to Equilar (page 6), the median CEO compensation at large-cap corporations was $10.1 million in 2013, so IBM’s pay is substantially more than that, even factoring for inflation. IBM shares underperformed the S&P 500 over the most recent six month, one, two, five and ten year periods.

The GMIAnalyst report I reviewed gave IBM an overall grade of ‘F.’ According to the report:

Pay of  $19M for continued underperformance combined with the above issues seem unreasonable. I voted against the pay package.

IBM Board of Directors and Board Proposals

I am also concerned that five board members have served for 10 years or more and none have served for less than 3. Two board members serve on 4 boards, which I consider overboarded. I voted against Shirley Ann Jackson. Although she is well qualified, serving on five boards is too many, especially given the turnaround that is still needed at IBM.  I would like to see more board refreshment.

I voted to ratify IBM’s auditor, PricewaterhouseCoopers LLP, since far less than 25 percent of total audit fees paid are attributable to non-audit work. However, I am concerned that they have been IBM’s independent auditor since at least 1993. The longevity of the relationship may point to problems such objectivity or capture.

With regard to shareholder proposals. I voted for all of them, since they were all of the type I would submit myself. These are all standard good governance proposals and deserve widespread support, including the proposal requesting establishment of a board level committee on Public Policy.

CorpGov Recommendations for IBM – Votes Against Board Position in Bold

Stockholder proposals may be submitted for IBM’s 2016 proxy material after the 2015 Annual Meeting and must be received at our corporate headquarters no later than November 10, 2015. Proposals should be sent via registered, certified or express mail to: Office of the Secretary, International Business Machines Corporation, 1 New Orchard Road, Mail Drop 301, Armonk, NY 10504.