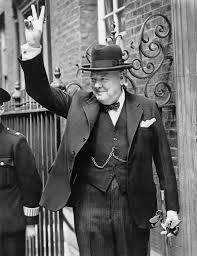 “Now this is not the end. It is not even the beginning of the end. But it is, perhaps, the end of the beginning.” – Winston Churchill

This post is in response to a LinkedIn piece by Anthony Goodman of Tapestry Networks regarding the status of proxy access post the success of New York Comptroller Scott Stringer’s Board Accountability Project (with adopt of proxy access by Bank of America, Abercrombie & Fitch, Big Lots and Whiting Petroleum to date). While the “2015 Battle for Proxy Access” appears won, the war over access is far from finished. What is over is the “ambiguity” over whether there is unanimity amongst institutional investors, governance advocates and proxy advisors for the 3-3-25 standard or whether the mega mutual funds would support conflicting higher ownership thresholds and holding periods. We now know that the answer to that question is generally universal support for 3-3-20/25 standard.

Although what happens at the individual companies with access proposals this proxy season remains an open question, it is likely that many of those resolutions will receive majority support from shareholders – while management proposals seeking higher hurdles than the original SEC’s 14-a-11 will likely be defeated.

Four factors have influenced the course of this battle and will set the stage for, like majority vote, company-by-company adoption battles for the proxy access right.

Thus it will more difficult for issuers to seek higher threshold numbers or more restrictive by-law language. That flexibility is mostly gone. Issuers will now need to demonstrate truly unique, and long-term circumstances with powerful rationales for investors and proxy advisor firms to view weaker proxy access rights in a favorable light. This is particularly true of the mega mutual fund complexes whose patience for companies proffering shareholder rights but setting unreasonable limits on its use (as earlier in 2014 with Allergen) has waned. 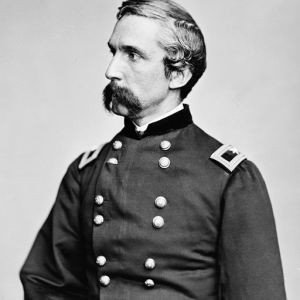 Although TIAA-CREF did not file any proxy access proposals, the leadership shown by sending letters to their 100 largest portfolio holdings, signed jointly by the heads of corporate governance and investment management, had the effect of Union Colonel Joshua Lawrence Chamberlain’s counterattack on Little Round Top – causing a reevaluation of proxy access in boardrooms, with senior management teams and other institutional investors on the fence about proxy access and threshold standards.

There will be more issuer adoptions in the future. Some companies like Prudential Financial will adopt without being asked, some will be asked privately to adopt; and some will be encouraged, as presently with majority voting, via the shareholder proposal process to adopt.

The real questions facing investors and shareholder rights advocates will be threefold. First, how to coordinate actual implementation at companies where access rights have been achieved. Second, with access in place at these companies (and with others expected in the future) how will investors determine which of the companies suffering with serious board problems warrant the effort needed to put forth candidates. Lastly, how to spread adoption of proxy access beyond the Fortune 500 and S&P 500 companies.

Guest Post: Francis Byrd (Byrd Governance Advisory) is available for consultation on board governance assessments, institutional investor engagement, executive compensation and shareholder resolution management. Francis Byrd has 20 years of experience in the corporate governance field with a thorough understanding of governance from the perspective of investors and corporate directors. Francis was most recently a Director of Corporate Governance with TIAA-CREF where he was involved in the management and execution of ESG (environmental, social and governance) policies related to TIAA-CREF’s global active equity ownership activities, and engagement with domestic and non-U.S. portfolio companies.

Publishers note: This guest post originally appeared as Is the Battle for Proxy Access Over? at ByrdSpeaks. I added photo captions and those wonderful Google ads.