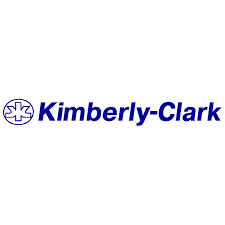 Kimberly Clark Corp (KMB), which manufactures and markets personal care, consumer tissue, and K-C professional products, is one of the stocks in my portfolio. Their annual meeting is coming up on 4/30/2015. ProxyDemocracy.org had the vote of four funds when I checked and voted on 4/24/2015. I voted with management 57% of the time and assigned Kimberly Clark a proxy score of 57.

View Proxy Statement. Read Warnings below. What follows are my recommendations on how to vote the Kimberly Clark 2015 proxy in order to enhance corporate governance and long-term value.

From Yahoo! Finance: Kimberly-Clark Corporation’s ISS Governance QuickScore as of Apr 1, 2015 is 3. The pillar scores are Audit: 1; Board: 8; Shareholder Rights: 5; Compensation: 3.  Brought to you by Institutional Shareholder Services (ISS). Scores range from “1” (low governance risk) to “10” (higher governance risk). Each of the pillar scores for Audit, Board, Shareholder Rights and Compensation, are based on specific company disclosures. That gives us a quick idea of where to focus… board and shareholder rights.

The GMIAnalyst report I reviewed gave Kimberly Clark an overall grade of ‘C.’ According to the report:

Pay of more than $15M for mediocre performance, combined with the above issues, led me to vote against the pay package.

Kimberly Clark Board of Directors and Board Proposals

Generally, when I vote against the pay package I also vote against the compensation committee, since they recommend the package to the full board. Therefore, I voted against: Abelardo E. Bru, Fabian T. Garcia, Mae C. Jemison, M.D. and Marc J. Shapiro. I am also concerned that half the directors have served 13 years of more, while none have served less than 4. It is time for board refreshment.

With regard to shareholder proposals. Of course I voted in favor of my wife’s proposal to allow shareholder to act by written consent. This is simple good governance, especially important in any possible unforeseen emergency.

CorpGov Recommendations for Kimberly Clark – Votes Against Board Position in Bold

I see the papermaker wants proposals on paper, not via e-mail. Mark your calendar to submit future proposals:

Proposals by stockholders for inclusion in our proxy statement and form of proxy for the Annual Meeting of Stockholders to be held in 2016 should be addressed to the Corporate Secretary, Kimberly-Clark Corporation, P.O. Box 619100, Dallas, Texas 75261-9100, and must be received at this address no later than November 13, 2015. Upon receipt of a proposal, we will determine whether or not to include the proposal in the proxy statement and form of proxy in accordance with applicable law. It is suggested that proposals be forwarded by certified mail, return receipt requested.