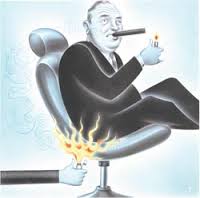 It’s impossible to read a newspaper, magazine or blog, or watch the news without hearing about shareholder activism.  It’s an industry unto itself with activist funds, attorneys who represent activists, activist defense lawyers, activist-focused investment bankers, activist conferences, activist newsletters, activist databases, and, of course, there are Messrs. Bebchuk and Lipton.

As a former institutional investor turned corporate governance author/advisor, I regularly get calls from media, and am cornered after speaking engagements to talk about activists.  It’s arguable that no topic in recent memory has been discussed by so many in the presence of so few facts.  It’s eerily reminiscent of when cloud computing first overtook the technology vernacular.  You know, when 8 out of 10 people who were earnestly discussing moving to the cloud, cloud infrastructure and so forth, had no idea what the “cloud” actually was.

At a recent corporate governance event where a veritable who’s who of institutional investors and respected governance aficionados were in attendance, I realized that most attendees had formed an opinion – “activists = good” or “activists = bad” – with little appreciation for the nuances of shareholder-board dynamics.  Here’s my take on what many are missing.

The Good of Shareholder Activism

The Bad of Shareholder Activism

The Ugly of Shareholder Activism

Guest Post: Adam J. Epstein advises the boards of pre-IPO and small-cap companies through his firm, Third Creek Advisors, LLC. He speaks monthly at corporate governance and investor conferences, and is the author of The Perfect Corporate Board: A Handbook for Mastering the Unique Challenges of Small-Cap Companies

(New York: McGraw Hill, 2012). Publisher: The words are from Epstein. I added the links and graphics, including those wonderful Google ads.