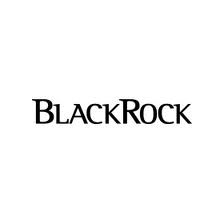 BlackRock, Inc. (NYSE:BLK), one of the stocks in my portfolio, provides investment management, risk management and advisory services for institutional and retail clients worldwide. Their annual meeting is coming up on 5/28/2015. ProxyDemocracy.org had the votes of one fund when I checked on 5/19/2015. I voted with Board recommendations 65% of the time.

View Proxy Statement. Read Warnings below. What follows are my recommendations on how to vote the BlackRock 2015 proxy to enhance corporate governance and long-term value.

BlackRock is a large-cap company. According to Equilar (page 6), the median CEO compensation at large-cap corporations was $10.1 million in 2013, so BlackRock’s pay was substantially higher than median. BlackRock shares outperformed the S&P 500 over the latest 1, 2, 5 and 10 year periods.

The MSCI GMIAnalyst report I reviewed gave BlackRock an overall grade of ‘C.’ According to the report:

I voted Against the pay and stock plans.

BlackRock: Board of Directors and Board Proposals

I normally vote against the directors on the compensation committee, since they recommended the pay package and stock plan to the full board: David H. Komansky, Chairperson, Murry S. Gerber, James Grosfeld, Sir Deryck Maughan and Cheryl D. Mills.

According to the GMIAnalyst report:

Despite the above, I voted to ratify the auditor, since I saw no potential conflicts of interest.

With regard to Mr. Eric Cohen’s proposal to avoid investing in companies that contribute to genocide and crimes against humanity, while I certainly agree with the goal of not supporting such activities, I generally don’t see divestment as the best route. Instead, BlackRock should raise its voice against such activities. It would have no voice with divestment. I would favor reports or signing onto applicable principles and voted against the proposal.

I support and voted for AFSCME’s proposal seeking a report on lobbying activities. See my post from March, Investors Seek Disclosure of Corporate Lobbying Expenses for a full explanation.

CorpGov Recommendations for BlackRock – Votes Against Board Position in Bold

Stockholders who, in accordance with the Exchange Act Rule 14a-8, wish to present proposals for inclusion in the proxy materials to be distributed by us in connection with our 2016 Annual Meeting must submit their proposals to BlackRock’s Corporate Secretary on or before December 18, 2015.

Apart from the Exchange Act Rule 14a-8 that addresses the inclusion of stockholder proposals in our proxy materials, under our bylaws, certain procedures are provided that a stockholder must follow to nominate persons for election as directors or to introduce an item of business at an annual meeting of stockholders. These procedures provide that nominations for director nominees and/or an item of business to be introduced at an annual meeting of stockholders must be submitted in writing to: BlackRock, Inc., Attn: Corporate Secretary, 55 East 52nd Street, New York, New York 10055