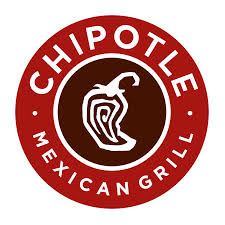 Chipotle Mexican Grill, Inc. (NYSE:CMG) is one of the stocks in my portfolio. Chipotle Mexican Grill develops and operates fast-casual, fresh Mexican food restaurants throughout the U.S., which serve a focused menu of healthy burritos, tacos, burrito bowls and salads. The company also has restaurants in Canada, England, France and Germany. Their annual meeting is coming up on 5/13/2015. ProxyDemocracy.org had the votes of four funds when I checked and voted on 5/6/2015. I voted with management 24% of the time and assigned Chipotle Mexican Grill a proxy score of 24.

View Proxy Statement. Read Warnings below. What follows are my recommendations on how to vote the Chipotle Mexican Grill 2015 proxy in order to enhance corporate governance and long-term value.

The MSCI GMIAnalyst report I reviewed gave Chipotle Mexican Grill an overall grade of ‘F.’ According to the report:

Pay of almost $29M, even for exceptional performance, combined with the above issues, led me to vote against the pay package and the stock plan.

Chipotle Mexican Grill: Board of Directors and Board Proposals

I am concerned that our Board appears to have an inordinate proportion of inside and entrenched members, with no minorities and only one woman. I voted against all except the two that have been there less than eight years.

With regard to Board proposals:

I voted in favor of the proposal to require majority voting in uncontested elections for directors to serve on the Board. I doubt the Board would have proposed this measure, except for the fact that shareholders demanded it. We demanded it; now we can deliver by voting “For.”

I voted “Against” Chipotle’s proxy access proposal. The threshold is far too high and they attempt to impost other unnecessary restrictions. We have a much better alternative from the New York City Comptroller.

I voted against the auditor, since it appears more than 25 percent of total audit fees paid to the auditor were attributable to non-audit work. That can lead to a conflict of interest.

I also voted in favor of #9 from New York State Comptroller Thomas P. DiNapoli, Trustee of the New York State Common Retirement Fund and the AFL-CIO Equity Index Fund. As I mentioned above, the pay package is too large and isn’t well connected to performance. This measure would go a long way to solving that.

I voted “For” #10 requesting a policy from the board that executives retain stock for a longer period. This will incentivize better long-term performance.

I voted in favor of the proposal (#11) from the International Brotherhood of Electrical Workers Pension Benefit Fund requesting that Chipotle adopt a policy that the Company will not automatically accelerate the vesting of equity awards in the event of a change in control, and instead allow equity to vest on a partial or pro rata basis.

I also voted in favor of the proposal (#12) seeking a sustainability report… crucial for a company in the public spotlight, especially one that purports to be green.

Any proposal of a shareholder intended to be included in our proxy statement and form of proxy/voting instruction card for the 2016 annual meeting of shareholders pursuant to SEC Rule 14a-8 must be received by us no later than November 27, 2015, unless the date of our 2016 annual meeting is more than 30 days before or after May 13, 2016, in which case the proposal must be received a reasonable time before we begin to print and send our proxy materials. All proposals must be addressed to Chipotle Mexican Grill, Inc., 1401 Wynkoop Street, Suite 500, Denver, CO 80202, Attn: Corporate Secretary.