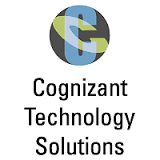 Cognizant Technology Solutions Corp (NASD:CTSH), one of the stocks in my portfolio, provides information technology (IT), consulting, and business process services worldwide. Their annual meeting is coming up on 6/2/2015. ProxyDemocracy.org had the votes of three funds when I checked on 5/19/2015. I voted with Board recommendations 33% of the time.

View Proxy Statement. Read Warnings below. What follows are my recommendations on how to vote the Cognizant Technology Solutions 2015 proxy to enhance corporate governance and long-term value.

The MSCI GMIAnalyst report I reviewed gave Cognizant Technology Solutions an overall grade of ‘C.’ According to the report:

Cognizant Technology Solutions: Board of Directors and Board Proposals

I normally vote against the directors on the compensation committee, since they recommended the pay package and stock plan to the full board: John N. Fox, Jr., John E. Klein, Michael Patsalos-Fox, Robert E. Weissman. Unfortunately, because the board was recently unclassified, I could not vote against Mr. Klein, since his term expires next year.

I voted against ratifying the auditor, following along with the funds reporting through Proxy Democracy.

Of course, I voted in favor of my own proposal to allow shareholders to act by written consent if they cast the minimum number of votes that would be necessary to authorize the action at a meeting at which all shareholders entitled to vote thereon were present and voting. As you can imagine, obtaining written consent from shareholders for a majority of shares would be a difficult task and would only be undertaken in extreme situations. The top ten holders have 30% of the shares, so taking action would require agreement from far more than Vanguard, SSgA Funds, Fidelity, BlackRock, Waddell & Reed, etc. It would be like herding cats and expensive to go beyond the top 50 holders but it could be an important shareholder right in case of an emergency situation.

Stockholders who intend to have a proposal considered for inclusion in our proxy materials for presentation at our 2016 Annual Meeting of Stockholders pursuant to Rule 14a-8 under the Exchange Act must submit the proposal to our Secretary at our offices at Glenpointe Centre West, 500 Frank W. Burr Blvd., Teaneck, New Jersey 07666, in writing not later than December 25, 2015.