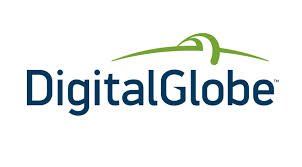 DigitalGlobe Inc (NYSE:DGI) one of the stocks in my portfolio, offers earth imagery products comprising imagery from its constellation of high-resolution satellites, as well as satellite and aerial imagery acquired from third party suppliers. Their annual meeting is coming up on 5/26/2015. ProxyDemocracy.org had the votes of two funds when I checked on 5/15/2015. I voted with Board recommendations 33% of the time.

View Proxy Statement. Read Warnings below. What follows are my recommendations on how to vote the DigitalGlobe 2015 proxy to enhance corporate governance and long-term value.

DigitalGlobe is a mid-cap company (barely). According to Equilar (page 6), the median CEO compensation at large-cap corporations was $4.9 million in 2013, so DigitalGlobe’s pay was slightly higher than median, even while barely making it into the mid-cap range. DigitalGlobe shares underperforming the S&P 500 over the most recent one, two, five and ten year periods. CEO pay has risen more dramatically from $3.5M three years ago. The Board is rewarding underperformance.

The MSCI GMIAnalyst report I reviewed gave DigitalGlobe an overall grade of ‘C.’ According to the report:

DigitalGlobe: Board of Directors and Board Proposals

I voted against the directors on the compensation committee, since they recommended the pay package and stock plan to the full board: Messrs. Jenson, Hough, and Ms. Decyk. Another reason for voting against Decyk, is overboarding. Four boards is too many to give full attention. Additionally, she owns no shares in our company.

I voted to ratify the auditor, since I saw no potential conflicts of interest, although, as discussed by GMIAnalyst, the audit committee does not appear fully independent.

CorpGov Recommendations for DigitalGlobe – Votes Against Board Position in Bold

If you are submitting a proposal to be included in next year’s Proxy Statement, you may do so by following the procedures prescribed in Rule 14a-8 promulgated under the Exchange Act. Shareowner proposals submitted for inclusion in next year’s Proxy Statement must be received by our Corporate Secretary at our executive offices no later than December 16, 2015. In the event that we elect to hold our 2016 annual meeting of shareowners more than 30 days before or after May 26, 2016, such shareowner proposals must be received by us within a reasonable time before we begin to print and send our proxy materials for the 2016 annual meeting of shareowners.