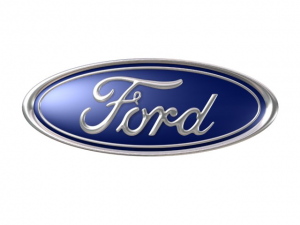 Ford Motor Company (NYSE:F) is one of the stocks in my portfolio. Ford Motor Company (Ford) is a manufacturer of automobiles is engaged in other businesses, including financing vehicles. Their annual meeting is coming up on 5/14/2015. ProxyDemocracy.org had the votes of three funds when I checked and voted on 5/7/2015. I voted with management 47% of the time and assigned Ford a proxy score of 47.

View Proxy Statement. Read Warnings below. What follows are my recommendations on how to vote the Ford 2015 proxy in order to enhance corporate governance and long-term value.

Ford is a large-cap company.  According to Equilar (page 6), the median CEO compensation at large-cap corporations was $10.1 million in 2013, so Ford’s pay was substantially more than that, even factoring for inflation. Ford shares underperformed the S&P 500 substantially over the most recent one, two, five and ten year periods.

The MSCI GMIAnalyst report I reviewed gave Ford an overall grade of ‘F.’ According to the report:

Pay of almost $19M, for poor performance, combined with the above issues, led me to vote against the pay package.

Ford: Board of Directors and Board Proposals

I also voted against Hance, Huntsman (overlapping), and Kennard, who appear to sit on four boards each. That’s too many, especially for a company doing so poorly. There are also four directors with more than 15 years tenure and only one woman. I voted against all except the two that have been there less than eight years.

I voted against the auditor, since it appears more than 25 percent of total audit fees paid to the auditor were attributable to non-audit work. That can lead to a conflict of interest.

The most important vote this year is #18 by Mr. Chevedden to recapitalize and negotiate with the Ford family to achieve one-share one-vote. The 2014 proposal on this topic won the all-time highest support for any Ford shareholder proposal — 1.6 Billion votes. It has received more than 50% of the independent vote of the non-family Ford stock each year since 2011. It is time that the 59-year practice (1956-2015) of disenfranchising Ford public shareholders is changed for the common benefit of all shareholders. It is time we ended royalty at Ford. Vote “For.” Don’t wait until we are dealing with the great-great-great-great-great-grandchildren.

I also voted for my (James McRitchie) own proposal to lower the threshold for holding a special meeting to 20%, down from 30%. This shareholder right can be important in emergencies.

CorpGov Recommendations for Ford – Votes Against Board Position in Bold

Mark your calendar to submit future proposals (Thanks for allowing Faxes):

Unless the Board of Directors determines otherwise, next year’s annual meeting will be held on May 12, 2016. Any shareholder proposal intended for inclusion in the proxy materials for the 2016 Annual Meeting must be received by the Company’s Secretary no later than November 27, 2015, and can be sent via facsimile to 313-248-8713.